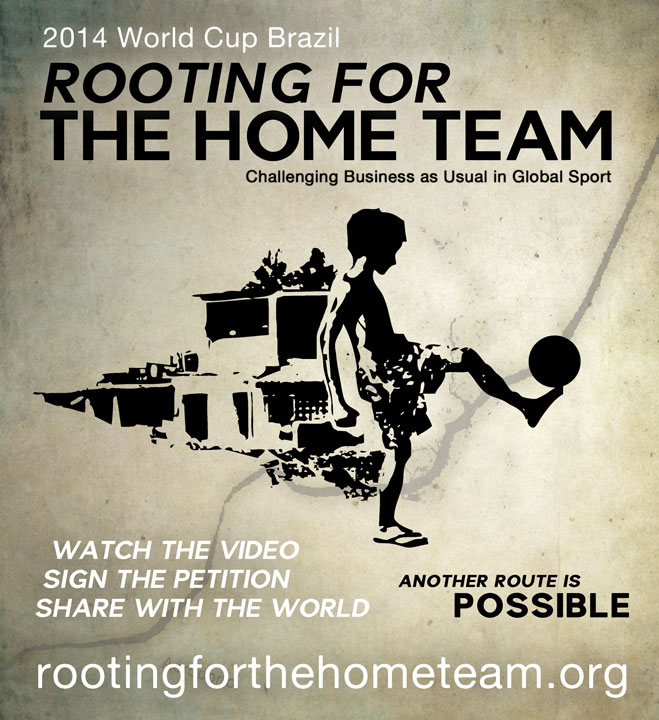 LatinaLista — When Brazil was awarded the 2014 World Cup, media images showed Brazilians overjoyed at the prospect of hosting the megagames of their beloved sport, “futebol,” on their home turf.

Yet, as preparations accelerate for the monthlong tournament beginning June 12 through July 13, it seems not all Brazilians are happy about the games. Part of the plans for hosting the millions of people coming to root for their favorite teams at the World Cup is to build a light rail system — a project that will displace about 4,000 families in 22 neighborhoods in Fortaleza, an impoverished area on the coast of Brazil.

The local police have been using whatever methods to intimidate and force the removal of these families, many of whom have never lived anywhere else. Critics of the rail say there is another route the rail system could take that wouldn’t have it disrupt so many lives but the government is not listening.

In response, an international effort is underway to help these 4,000 families and heighten awareness of the hidden costs to the poor when cities vie for global attention. Dubbed Rooting for the Home Team, the campaign features a petition and a documentary that illustrates how the biggest competition at global sporting events isn’t between countries but a country and its own citizens.

Guest Voz: If Immigration Reform Ever Passes, It Will Fail (Again)
Comment
Film "Detained in the Desert" gives voice to immigrants' plight