Video: Dominican NY police officer shares what it’s like to be stopped and frisked in new video series campaign 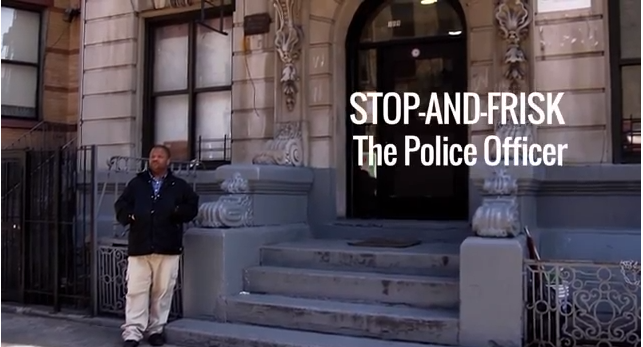 LatinaLista — The policy of Stop-and-Frisk, the act of stopping random people and frisking them without a search warrant, is a common tactic by some police departments to deter crime. In New York City, the New York police has been accused of violating the Civil Rights of thousands of Black and Latino New Yorkers with this tactic.

Last August, a federal judge ruled that NYC police had indeed violated the Civil Rights of the people they stopped indiscriminately on the streets of NYC. Yet, on October 31, “the Second Circuit Court of Appeals put that ruling on hold and removed the judge from the case, saying she “ran afoul” of judicial conduct by failing to appear impartial.”

Now, the case — and any reforms to the Stop-and-Frisk policy — won’t be addressed until 2014 when a new judge will hear the case. In the meantime, the New York police department will continue with the practice — and more people will be sharing their firsthand experiences with the policy via a new video campaign titled WhereIamGoing.org.

WhereIamGoing is a bilingual video series that brings greater awareness to the reality that it’s not only criminals who are stopped and frisked.

civil rights, New York City police, stop and frisk
Previous Post Mexico — a country where over half of unintended pregnancies end in abortion
Next PostSome DREAMers cross the line forcing Rep. Gutierrez to cut his ties to the organizations

Mexico — a country where over half of unintended pregnancies end in abortion
Comment
Some DREAMers cross the line forcing Rep. Gutierrez to cut his ties to the organizations