Video: Film about the lives of five migrant women farmworkers ten years in the making 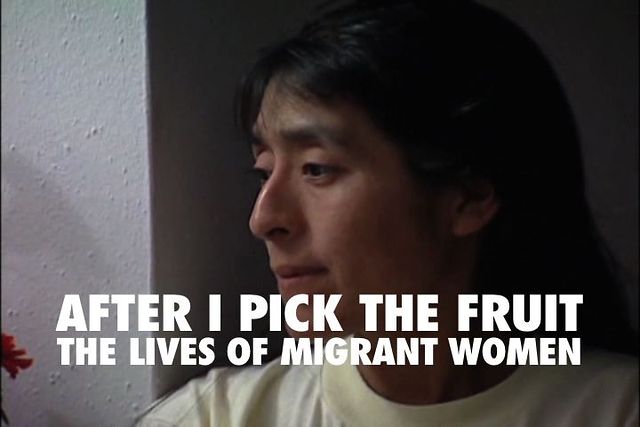 LatinaLista — For over 30 years, Nancy Ghertner saw the migrant farm workers in her rural western New York town pick the apples in the surrounding apple orchards. Yet, as she describes, these workers were mainly invisible to her and her fellow citizens. It wasn’t until she saw several women picking apples did she begin to wonder about them and their lives.

Her curiosity led her to pick up a video camera embark on an ambitious project — understanding the life of a migrant farmworker.

For Ghertner, the premise of her film came together after meeting five women farmworkers, three undocumented. It was getting to know these women that set Ghertner on a ten-year filming odyssey that took her from New York to Florida to Mexico and back to New York and became the soul of her film “After I pick the fruit.”

Yet Ghertner found that the plight of migrant farm workers went beyond picking and harvesting produce. It was during the filming of the documentary that 9-11 happened and Ghertner witnessed firsthand the anxiety and fear envelop the five women she had befriended, as well as the entire migrant community, as the country clamped down on immigrants in the country.

But the filming did not stop.

Over the next ten years, we filmed the annual cycle of these five women’s work lives — Maria, Vierge, Soledad, Lorena and Elisa. As I gained their trust, they began to reveal more of their lives – and I learned what they did after they picked the fruit. At first, they participated because they saw the film as important to me, but as the years went on, they became committed to the project, and I began to see my town through their eyes ~ Nancy Ghertner

The 93-minute full-length movie features the behind-the-camera talents of an international crew — “the trailer is edited by Surbhi Dewan of Dehli India with music by Alfredo Sanchez and Mario Osuna from Guadalajara, Mexico.” Since its release in 2011, it has garnered several awards.

The DVD is available for purchase on the film’s website.

After I Pick the Fruit, Updated Trailer 12-2011 from Nancy Ghertner on Vimeo.

Student Loan Debt: What Stafford Loans’ increased interest rates mean for students and the future of financing college
Comment
A nation growing in inequality allows racism to thrive without remorse or apology