Latina Lista: News from the Latinx perspective > Columns & Features > BlogBeat > How US gun control compares to the rest of the world

How US gun control compares to the rest of the world 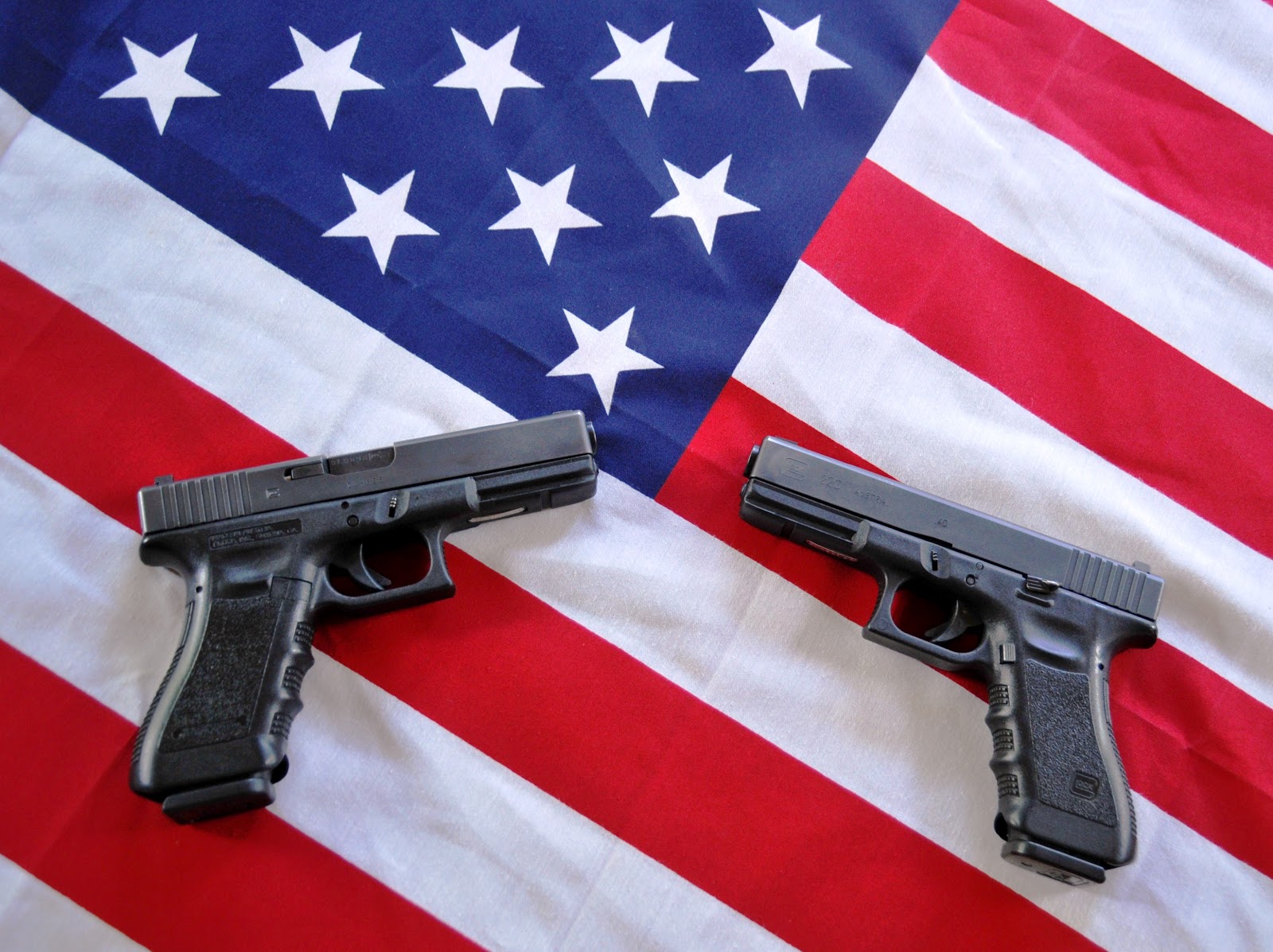 By John Donohue
The Conversation

The shooting in Virginia that wounded House Majority Whip Steve Scalise, as well as the shooting in a San Francisco UPS facility that left four dead on the very same day, have generated – yet again – the standard set of responses in the wake of a mass shooting in the United States.

The details of any such tragedy often emerge slowly, but a few points can be made. While deaths from mass shootings are a relatively small part of the overall homicidal violence in America, they are particularly wrenching. The problem is worse in the U.S. than in most other industrialized nations. And it is getting worse.

The political overlay of the Virginia shooting also carries a particular social harm. Any thought that guns can play a helpful role in reducing tyranny in a democratic country like the United States should quickly be dispelled. Hopefully, that message will penetrate everyone from the NRA leadership and Sen. Rand Paul to anyone on the opposite end of the political spectrum who doesn’t like the current developments of Republican rule.

I’ve been researching gun violence – and what can be done to prevent it – in the U.S. for 25 years. The fact is that if the NRA claim that guns helped reduce crime were true, the U.S. would have the lowest homicide rate among industrialized nations instead of the highest one – and by a wide margin.

The U.S. is by far the world leader in the number of guns in civilian hands. The stricter gun laws of other “advanced countries” have restrained homicidal violence, suicides and gun accidents – even when, in some cases, laws were introduced over massive protests from their armed citizens.

The state of gun control in the US

Eighteen states in the U.S. and a number of cities including Chicago, New York and San Francisco have tried to reduce the unlawful use of guns as well as gun accidents by adopting laws to keep guns safely stored when they are not in use. Safe storage is a common form of gun regulation in nations with stricter gun regulations.

The NRA has been battling such laws for years. But that effort was dealt a blow in June 2015 when the U.S. Supreme Court – over a strident dissent by Justices Thomas and Scalia – refused to consider the San Francisco law that required guns not in use be stored safely. This was a positive step because hundreds of thousands of guns are stolen every year, and good public policy must try to keep guns out of the hands of criminals and children.

The dissenters were alarmed by the thought that a gun stored in a safe would not be immediately available for use, but they seemed unaware of how unusual it is that a gun is helpful when someone is under attack.

Statistics show only the tiniest fraction of victims of violent crime are able to use a gun in their defense. Over the period from 2007 to 2011, roughly six million nonfatal violent crimes occurred each year. Yet data from the National Crime Victimization Survey show that 99.2 percent of victims in these incidents did not protect themselves with a gun – this in a country with roughly 300 million guns in civilian hands.

In fact, a classic study of 198 cases of unwanted entry into occupied single-family dwellings in Atlanta found that the invader was twice as likely to obtain the victim’s gun than to have the victim use a firearm in self-defense.

The author of the study, Arthur Kellerman, concluded in words that those opposing safe storage of guns should heed:

On average, the gun that represents the greatest threat is the one that is kept loaded and readily available in a bedside drawer.

A loaded, unsecured gun in the home is like an insurance policy that fails to deliver at least 95 percent of the time, but has the constant potential – particularly in the case of handguns which are more easily manipulated by children and more attractive for use in crime – to harm someone in the home or be stolen and harm someone else.

For years, the NRA mantra has been that allowing citizens to carry concealed handguns would reduce crime as they fought off or scared off the criminals.

Some early studies even purported to show that so-called right-to-carry (RTC) laws did just that, but a 2004 report from the National Research Council refuted that claim, saying it was not supported by “the scientific evidence,” while remaining uncertain about what the true impact of RTC laws was.

Ten years of additional data have allowed researchers to get a better fix on this question, which is important since the NRA is pushing for a Supreme Court decision that would allow RTC as a matter of constitutional law.

The new research on this issue from my team at Stanford University has given the most compelling evidence to date that RTC laws are associated with significant increases in violent crime. Looking at Uniform Crime Reports data from 1979 to 2014, we find that, on average, the 33 states that adopted RTC laws over this period experienced violent crime rates that are roughly 14 percent higher after 10 years than if they had not adopted these laws.

In the meantime, can anything make American politicians listen to the preferences of the 90 percent on the wisdom of adopting universal background checks for gun purchases?

Gun control around the world

As an academic exercise, one might speculate whether law could play a constructive role in reducing the number or deadliness of mass shootings.

Most other advanced nations apparently think so, since they make it far harder for someone like your typical American mass killer to get his hands on particularly lethal weapons. Universal background checks are common features of gun regulation in other developed countries, including:

While mass shootings, as well as gun homicides and suicides, are not unknown in these countries, the overall rates are substantially higher in the United States than in these nations.

While NRA supporters frequently challenge me on these statistics, saying that this is only because American blacks are so violent, pointing to the type of wildly incorrect claims about the percentages of whites killed by blacks that Dylann Roof spouted and Donald Trump tweeted, it is important to note that white murder rates in the U.S. are well over twice as high as the murder rates in any of these other countries.

Australia hasn’t had a mass shooting since 1996

The story of Australia, which had 13 mass shootings in the 18-year period from 1979 to 1996 but none in the succeeding 21 years, is worth examining.

The turning point was the 1996 Port Arthur massacre in Tasmania, in which a gunman killed 35 individuals using semiautomatic weapons.

In the wake of the massacre, the conservative federal government succeeded in implementing tough new gun control laws throughout the country. A large array of weapons were banned – including the Glock semiautomatic handgun used in the Charleston shootings. The government also imposed a mandatory gun buy-back that substantially reduced gun possession in Australia.

The effect was that both gun suicides and homicides fell. In addition, the 1996 legislation disallowed self-defense as a legitimate reason to purchase a firearm.

When I mention this to disbelieving NRA supporters, they insist that crime must now be rampant in Australia. In fact, the Australian murder rate has fallen to one per 100,000 while the U.S. rate, thankfully lower than in the early 1990s, is still roughly 5 per 100,000 – nearly five times as high. Moreover, robberies in Australia occur at only about half the rate of the U.S.: 58 in Australia versus 113.1 per 100,000 in the U.S. in 2012.

How did Australia do it? Politically, it took a brave prime minister to face the rage of Australian gun interests.

Prime Minister John Howard wore a bullet-proof vest when he announced the proposed gun restrictions in June 1996. The deputy prime minister was hung in effigy. But Australia did not have a domestic gun industry to oppose the new measures so the will of the people was allowed to emerge. And today, support for the safer, gun-restricted Australia is so strong that going back would not be tolerated by the public.

That Australia hasn’t had a mass shooting since 1996 is likely more than merely the result of the considerable reduction in guns – it’s certainly not the case that guns have disappeared altogether.

I suspect that the country has also experienced a cultural shift between the shock of the Port Arthur massacre and the removal of guns from everyday life, as they are no longer available for self-defense and they are simply less present throughout the country. Troubled individuals, in other words, are not constantly being reminded that guns are a means to address their alleged grievances to the extent that they were in the past, or continue to be in the U.S.

Lax gun control in one nation can create problems in another

Of course, strict gun regulations cannot ensure that the danger of mass shootings or killings has been eliminated.

Norway has strong gun control and committed humane values. But that didn’t prevent Anders Breivik from opening fire on a youth camp on the island of Utoya in 2011. His clean criminal record and hunting license had allowed him to secure semiautomatic rifles, but Norway restricted his ability to get high-capacity clips for them. In his manifesto, Breivik wrote about his attempts to legally buy weapons, stating, “I envy our European American brothers as the gun laws in Europe sucks ass in comparison.”

In fact, in the same manifesto, Breivik wrote that it was from a U.S. supplier that he purchased – and had mailed – 10 30-round ammunition magazines for the rifle he used in his attack.

In other words, even if a particular nation or state chooses to make it harder for some would-be killers to get their weapons, these efforts can be undercut by the jurisdictions that hold out. In the U.S., of course, state gun control measures are often thwarted by the lax attitude to gun acquisition in other states.

John Donohue is the C. Wendell and Edith M. Carlsmith Professor of Law at Stanford University. This article was originally published on The Conversation.

New breast cancer campaign focuses on getting more Latinas into clinical trials
Comment
Open letter to Trump & Congress: Where is the assistance for Hurricane Maria's victims?