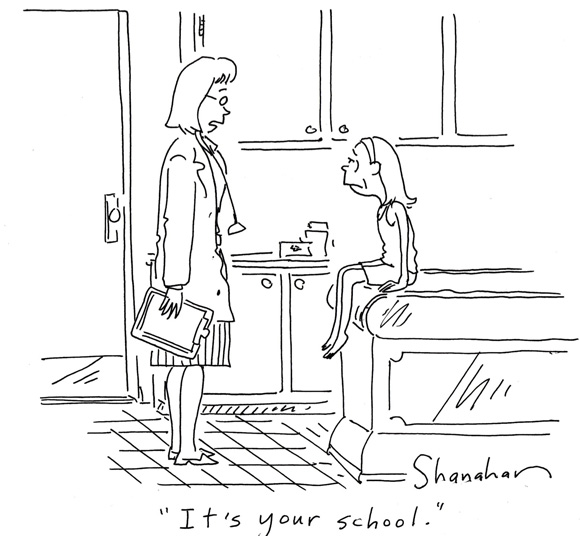 When you drive along an interstate, or through a big city, how many times do you see local schools right up near the highway?

Probably often. Sometimes you can’t see them, because they are hidden behind sound barriers, or tucked into neighborhoods. But they are there. Why? The land is cheap.

Schools sighted near highways and busy roadways may be economically sound, but the results are not sound for our students and teachers.

There is an invisible epidemic in our nation’s schools, and it’s largely based on segregationist patterns in city planning which still exist today, and a lack of awareness and knowledge about air pollution.

A recent Grist article outlines a joint project between The Center for Public Integrity and The Center for Investigative Reporting that studied air pollution from roadways impacts millions of students across the country.

“Nearly 8,000 U.S. public schools lie within 500 feet of highways, truck routes, and other roads with significant traffic. That’s about one in every 11 public schools, serving roughly 4.4 million students and spread across every state in the nation. Thousands more private schools and Head Start centers are in the same fix.”

Much like the assumption that everything on store shelves must be safe to use, many parents have an expectation that their child’s school is a healthy, safe environment. According to George Thurston, a population-health professor at the New York University School of Medicine – this is clearly not the case.

Air pollution is a school problem.

According to this investigation, school children are vulnerable to toxic air when their schools are sighted close to highways and traffic. Sighting schools close to busy roadways has many health and educational consequences on students:

These alone should sound the alarm. Now, new research (also linked in original article) also points to air pollution as harming a child’s ability to learn and that could be linked to cognitive problems of old age.

The harm caused is more prevalent in low income and minority populations – those who suffer higher rates of asthma already. The investigation revealed this troubling gap:

“15 percent of schools where more than three-quarters of the students are racial or ethnic minorities are located near a busy road, compared with just 4 percent of schools where the demographics are reversed. And though the gap isn’t as wide, schools with more than three-quarters of students eligible for free or reduced-price lunches are also more likely to sit near such roads.”

The invisible epidemic of toxic air impacts minority and low-income populations more acutely — and is widening the gaps in opportunity for students in terms of health, education, and potentials.

This problem has been known about for years and some protect measures have been adopted, but they are slow to progress and protect kids.

The current law in California, for example, leaves reporting up to individual school districts. Many districts are underfunded and overwhelmed with the responsibility of educating children. If the school isn’t reporting a problem, the state doesn’t step in. And that’s where parents and teachers can help.

When the EPA shares with the public that 1 in 11 public schools students are breathing toxic air at school, where is the outrage? Where are the health plans? Where are the politicians?

Parents are in the dark.

One of the biggest hurdles in this invisible epidemic is a lack of awareness, time and funding. Because this problem is often unseen, and health and student wellness is hard to measure in terms of impacts of air pollution, the problem continues.

According to the article, Paul, a former teacher from El Marion in Los Angeles:

“It’s really an invisible problem. It would be different if it were a public health and safety problem that were presenting itself physically and visually. If all of our toilets were overflowing, then people would be so upset.”

In fact, the national PTA could find no current examples of parent teacher organizations working on the issue.

Teachers and parents have had some successes. The technology exists to reduce air pollution impacts in schools. However, the progress can take years, while students in schools near highways and congested roadways are vulnerable to harm.

Air filters can significantly reduce exposures inside schools. According to the report, air filters in schools make a significant difference. The EPA offers plans, resources, and guides for schools embarking improving air quality. But this takes time, funding, and organized effort.

The new administration calls for all federal agencies to eliminate two regulations for every new one created. While the evidence about air pollution harming school students increases, it is unlikely any progress will be made on a federal level.

So it’s up to parents, teachers, and communities to ask questions, go to school board meetings, and work with state environmental agencies to improve the quality of air at our nation’s schools.

Remember, whether it’s providing the best education or the cleanest air, parents are our children’s best advocates – in and out of school.

air, environment, pollution
Previous Post The Democratic Party is facing a demographic crisis
Next PostLatino immigrant homicide victims are an inconvenient truth for the Trump administration