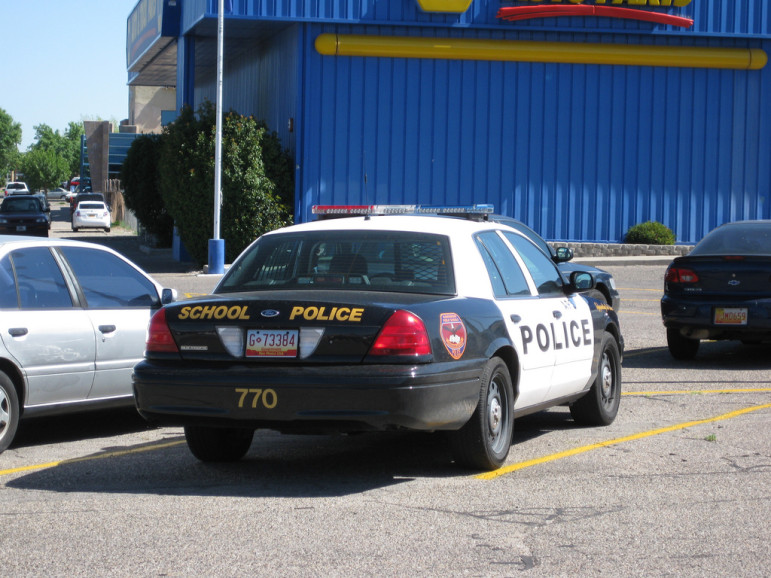 A pilot program in Wayne County, Mich., provides police training on how to recognize and respond to mental health and substance abuse problems with youth and to refer them to community-based programs and services instead of arresting them. Michigan now has the capacity to provide such training to law enforcement officers throughout the state with the help of “crisis-intervention teams” for youth.

In Rochester, N.Y., probation officers – often a youth’s first contact with the juvenile court system in New York state – use formal screening to determine whether youngsters have mental health or substance abuse problems and if they do, refer them to clinicians for an in-depth assessment. The program, aimed at keeping kids from ending up in the juvenile justice system unnecessarily, is now serving as a model for nine other counties in the state.

In 19 school districts in Connecticut, “mobile response teams” respond to school incidents involving youths who may have mental health or substance abuse problems. The teams work to “de-escalate” crises in hopes of diverting from the juvenile justice system youngsters who need treatment, not arrest or incarceration.

The innovations in the three states resulted from an ambitious two-year collaboration between the John D. and Catherine T. MacArthur Foundation and the Substance Abuse and Mental Health Services Administration. The collaboration also brought to five other states efforts to divert from the juvenile justice system kids when they need help for mental illness or substance abuse.

Now, MacArthur and SAMHSA are teaming up again to bring diversion efforts to five other states.

“Many of the kids are acting out and getting into trouble because of their behavioral health issues,” Laurie Garduque, MacArthur’s director of justice reform, told JJIE.org. “So the programs and services that the kids need are generally not available through the juvenile justice system, and so the kids are better-served if they receive the programs and services without going deeper into the juvenile justice system. So it’s a win-win for the kids and their families.”

Garduque said participating states will be able to tap into the deep knowledge and resources of MacArthur’s 16-state juvenile justice reform effort, Models for Change.

“We’re helping states not to have to reinvent the wheel and sharing with them the best practices that have been field-tested through Models for Change,” Garduque said.

All states except the eight involved in the initial MacArthur-SAMHSA collaboration are eligible to apply for the next round. Applications, including members of each state’s team, are due Feb. 28, and the five states that are selected will be notified by March 21.

“This innovative public-private collaboration will help promote strategies to ensure that fewer at-risk youth get detained in a juvenile justice system that is very often unable to address their underlying behavioral health problems,” SAMHSA Administrator Pamela S. Hyde said in a news release.

“This initiative focuses on getting these youth to community-based behavioral health services that can actually turn their lives around for the better.”

The partnership will also rely on SAMHSA’s Policy Academy, which brings together teams of state leaders to learn about effective interventions and the latest research.

Along with screening youth and diverting those with behavioral health needs to community-based programs and services, the collaboration will seek to reduce the over-representation of youths of color in the juvenile justice system.

Like the first MacArthur-SAMHSA collaboration, the new effort will be coordinated by the National Center for Mental Health and Juvenile Justice at Policy Research Associates Inc. and the Technical Assistance Collaborative Inc.

Joseph Cocozza, the director of the National Center for Mental Health and Juvenile Justice, said youths with behavioral health needs often end up in the juvenile justice system unnecessarily.

“The juvenile justice people readily recognize the fact that many of the youth they’re dealing with are inappropriately placed and could be much better served and at a much lower cost with much better outcomes for themselves and the community if we could get those [behavioral health] services for them, particularly if we get those services early on,” Cocozza told JJIE.org.

“But as we all know, the juvenile justice system was not built as a therapeutic kind of a program. [Behavioral health] services are not available there.”

MacArthur’s Garduque stressed the importance of early screening to determine the behavioral health needs of a youth.

Initial screening should help determine whether a child is a suicide risk or has a substance abuse or mental health disorder. Those youths would then receive a more formal assessment, Garduque said.

JJIE Editor’s note: The MacArthur Foundation is a supporter of the JJIE.