Latina Lista: News from the Latinx perspective > Columns & Features > BlogBeat > Post-DACA: How Congress can replace Obama’s program and make it even better

Post-DACA: How Congress can replace Obama’s program and make it even better 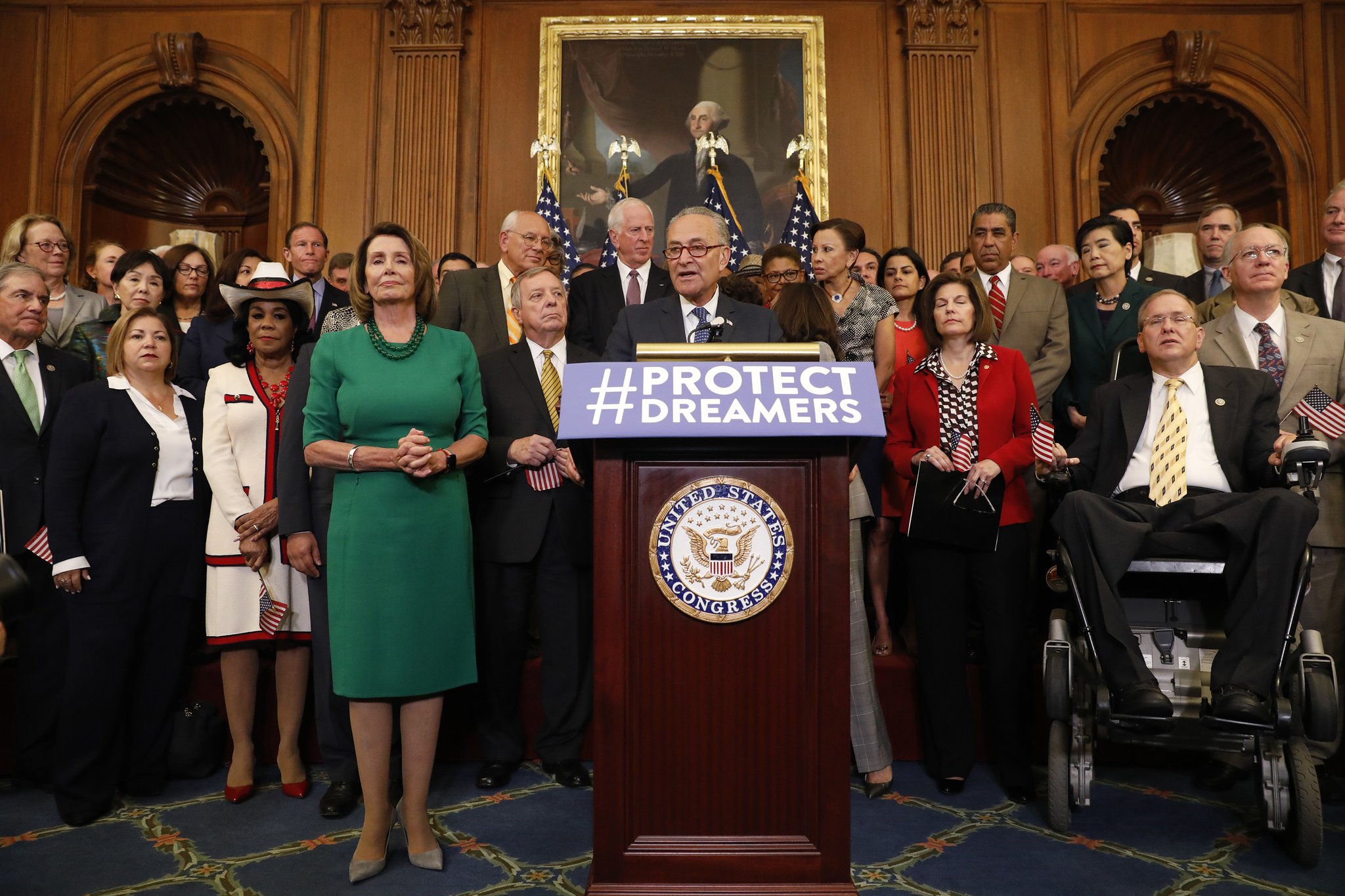 By Wayne Cornelius
The Conversation

President Donald Trump has asked Congress to do what former President Barack Obama and his Deferred Action for Childhood Arrivals (DACA) program could not: Provide permanent protection from deportation for more than one million undocumented immigrants brought to this country as young children by their parents.

DACA, which Trump has ordered dismantled, is widely viewed as the Obama administration’s most successful immigration policy initiative. A year of field research among DACA recipients convinced me that helping them stay on the right side of the law is not just a moral imperative – it’s smart policy and economically beneficial to the United States.

What DACA did well

A large body of data from national and local surveys confirms that during the last five years, DACA recipients took advantage of their protection from deportation to advance themselves and contribute to American society.

For example, a 2017 survey of more than 3,000 DACA recipients found that 97 percent are currently employed or enrolled in school. Many have started their own businesses.

DACA recipients interviewed by my research team in San Diego County in 2014 reported that DACA enabled them to get higher-paying jobs. This made college more affordable and increased their tax contributions. DACA had encouraged them to invest more in their education because they knew legal employment would be available when they completed their degree.

Even temporary protection conferred important psychological benefits, including stronger feelings of security, belonging and normalcy. Our interviewees expressed satisfaction that they were able to do the things that everyone else their age was doing – like getting a driver’s license, buying a car or first home, or traveling within the United States.

DACA worked well, but our field interviews revealed it had significant limitations.

Some employers were reluctant to invest in training DACA recipients, whose work authorization would end if they were unable to renew their permit every two years.

DACA recipients were ineligible for federal financial aid, which discouraged some from attending four-year universities.

They were also barred from coverage under the Affordable Care Act, sometimes forcing them to choose between seeking needed health care and paying for college.

They could not travel abroad without advance permission from the government.

Enabling DACA recipients to gain permanent legal resident status would eliminate these and other hardships. It would make it easier for them to plan for the future. But is Congress up to the task?

What’s on the table

At least four pieces of legislation have been introduced in Congress this year to provide protection from deportation for qualifying undocumented immigrants who came to the United States as minors. The most likely to gain traction among members of both parties is the 2017 Dream Act, sponsored by Sen. Richard Durbin, Sen. Lindsey Graham and Rep. Lucille Royball-Allard.

This legislation would grant “conditional permanent residency” to an estimated 1.8 million undocumented immigrants who arrived in the United States before age 18 and can meet requirements similar to those under DACA. It requires applicants to have been admitted to an institution of higher education, have earned a high school diploma or GED certificate, or be enrolled in a secondary school or GED program.

After eight years in conditional status, they could apply for permanent legal residence if they had advanced their education, met certain employment standards and committed no serious crimes. They would be eligible to become U.S. citizens after another five years. Altogether, it would create a 13-year path to citizenship.

Once they achieved permanent legal residency, so-called Dreamers could petition to have their parents admitted legally to the United States. This may become a sticking point for anti-immigration members of Congress, who have long opposed “chain migration.”

The reality is that in most cases, the parents of Dream Act-eligible young people are already here. Contrary to hard-liners’ claim that they will self-deport if immigration enforcement becomes sufficiently draconian, neither the parents nor their Dream Act-eligible children are likely to “go home.” Most have no family or economic base in their country of origin to return to.

Moreover, if the Dream Act is passed there is still no guarantee that Dreamers could successfully sponsor their parents for permanent residence. If a parent is undocumented, getting a green card requires the government to grant her a waiver for unlawful presence in the United States, which is granted only in cases of “extreme hardship.”

While there is a compelling case for some type of legislation to fill the gap created by DACA’s demise, Congress’s track record on this issue is dismal. After all, it was many years of congressional gridlock on immigration reform that led President Obama to create DACA in the first place. Legislation resembling the Dream Act has been introduced in Congress eight times since 2001, either as a stand-alone bill or part of comprehensive immigration reform legislation. It failed each time.

There is absolutely no assurance that congressional Republicans can now resolve their deep differences on this issue. It’s especially uncertain they will meet the March 5, 2018 deadline Trump has given Congress to pass a replacement bill before he completely shuts down DACA.

If the 2017 Dream Act fails due to Republican obstruction or a presidential veto, GOP leaders will have some explaining to do. Polls show nearly eight out of 10 Americans – including more than two-thirds of Republicans – support granting citizenship or legal permanent residency to Dreamers. They will want to know why Congress could not devise a way to stop punishing those who even Donald Trump has called “incredible kids” for the misdemeanor of unauthorized entry committed by their parents.

There is a risk that providing protection for Dreamers could become a bargaining chip. In return for signing DACA replacement legislation, Trump might insist that Congress appropriate billions of dollars to build his border wall or enact the RAISE Act – a scheme that would cut legal immigration by half with the goal of reducing the country’s supply of supposedly “unskilled” labor. Evidence shows that passing the Dream Act is the right thing – the smart thing – to do, and the American people know it.

Hillary S. Kosnac, a public educator in Kansas City who has interviewed DACA recipients, and Jonathan Tamez, an immigration attorney practicing in Portland, contributed to this article.

Wayne Cornelius is Distinguished Professor of Political Science and U.S.-Mexican Relations, Emeritus at the University of California, San Diego.

Congress, DACA, immigrants, youth
Previous Post The good, the bad and the feo of latest study on women in TV & film
Next PostNew university press imprint focuses on elevating the "graphic" voices of Latinxs

The good, the bad and the feo of latest study on women in TV & film
Comment
New university press imprint focuses on elevating the "graphic" voices of Latinxs