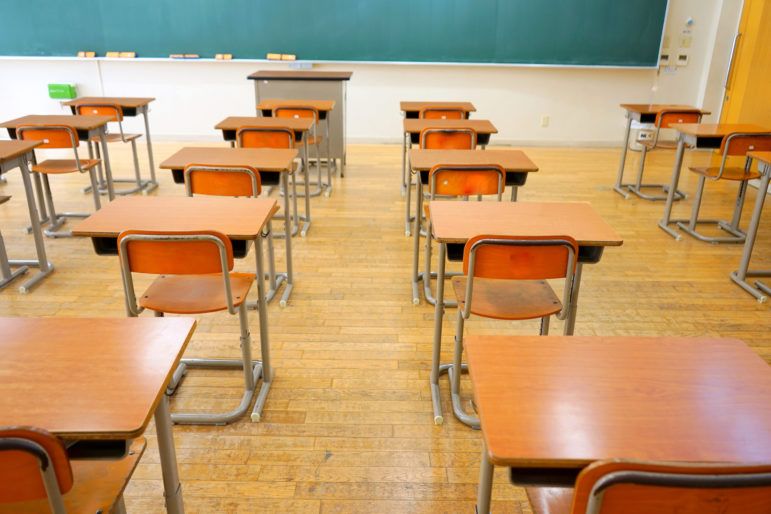 WASHINGTON — Out-of-school suspensions dropped 20 percent nationally in recent years, but students of color and students with disabilities are still more likely to face harsh discipline than their peers, according to new federal data.

The Department of Education said Tuesday the drop in suspensions from the 2011-12 to 2013-14 school years shows more schools are finding alternative ways to address nonviolent student behavior.

But sharp disparities endure in the results of the 2013-2014 Civil Rights Data Collection, which covers 50 million students in nearly every public school and school district in the country.

In addition, students with disabilities were more likely to be suspended than their peers and disproportionately restrained or placed in seclusion.

“The CRDC data are more than numbers and charts — they illustrate in powerful and troubling ways disparities in opportunities and experiences that different groups of students have in our schools,” said Education Secretary John B. King in a news release.

“Schools must change policies that allow for subjective decisions on the basis of race and move toward police-free learning spaces,” she said.

School discipline policies are an area of concern for juvenile justice advocates. When students face suspensions and expulsions, they are more likely to drop out of school and end up in the juvenile justice system, a phenomenon known as “school pushout” or the “school to prison pipeline.”

The survey’s findings include:

The Education Department highlighted its topline findings in a “first look” report with additional releases expected throughout the summer. In August, the survey data will be available in a data reporting tool.

juvenile justice, racial disparity, school suspensions
Previous Post Why SiriusXM may be making the worst mistake with Latino listeners
Next PostGuest Voz: You Can’t Promote Freedom In Cuba By Denying It To Americans

Why SiriusXM may be making the worst mistake with Latino listeners
Comment
Guest Voz: You Can’t Promote Freedom In Cuba By Denying It To Americans