Study: Children of Immigrants Experience Discrimination in Schools Early On 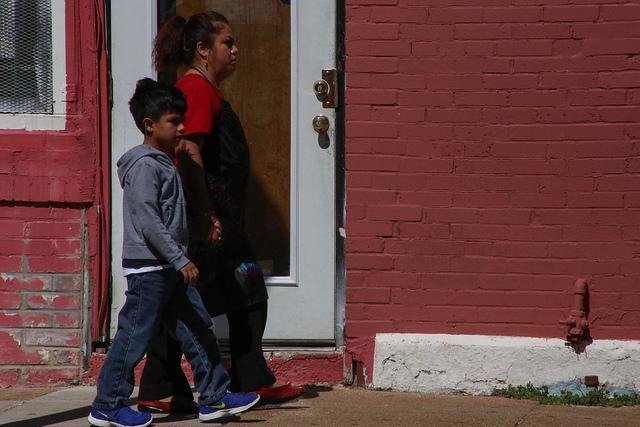 Fewer options for preschool, inexperienced teachers and low-performing schools are just some of the disadvantages children of immigrants face early in their education, a new Migration Policy Institute report points out.

The report, “The Impact of Discrimination on the Early Schooling Experiences of Children from Immigrant Families,” examines the school environments and learning opportunities afforded to children of immigrants in the United States, comparing them with the experiences of their peers with U.S.-born parents.

Among the types of discrimination described by researcher Jennifer Keys Adair are personal — tougher discipline, negative response to foreign accents, low expectations — and structural, which can include, lack of high-quality resources, low teacher-parent engagement, misdiagnosis of limited English proficiency as a learning disability, and segregation.

A 2014 report by The Civil Rights Project/ Proyecto Derechos Civiles at UCLA found Latino children have seen the most dramatic increase in school segregation in the years since Brown v. Board of Education.

Frontline reported, “Today, the average Latino student attends a school that’s nearly 57 percent Latino, more segregated than blacks and Asians. Although Latinos are more likely to experience segregation in urban areas, the report found that division persists when they move to the suburbs.”

In the article, the UCLA report’s co-author Gary Orfield called impoverished schools the “default” for Latino and black students.

The MPI study points out that Latino immigrants’ children are more likely to attend schools that are not only high-poverty and low-performing, but also hire teachers with little experience who are not likely to speak Spanish. This, in turn, leads to low teacher-parent engagement.

The discrimination begins as early as preschool, according to Adair, where the absence of “connection, communication and exchange of ideas” between teachers and their students’ parents can have a harmful impact on the early learners. The lack of focus on immigrant families’ assets and the suppression of cultural identification and even “color-blind” approaches to teaching can also have negative effects on preschoolers.

The MPI report concludes with recommendations for schools to better serve students of immigrant families. Chief among them is to forge equalizing relationships with the students’ parents and their immigrant communities. Bringing cultural relevance into classroom lessons is another suggestion, as well as moving away from a teach-to-the-test approach for young children. Fourthly, Adair encourages schools to hire bilingual/ ESL teachers who are trained to work with preschool-aged children. And lastly, schools serving children of immigrants should get creative — not only to improve students’ chances of success, but also to support their linguistic and cultural differences.

discrimination, education, featured, immigration
Previous Post Crowdfunder: Teaching homeless youth a business to keep them off the streets
Next PostGuest Voz: My dream school rejected me. Here's what I learned.

Crowdfunder: Teaching homeless youth a business to keep them off the streets
Comment
Guest Voz: My dream school rejected me. Here's what I learned.