To see the legacy of slavery, look at present-day school systems 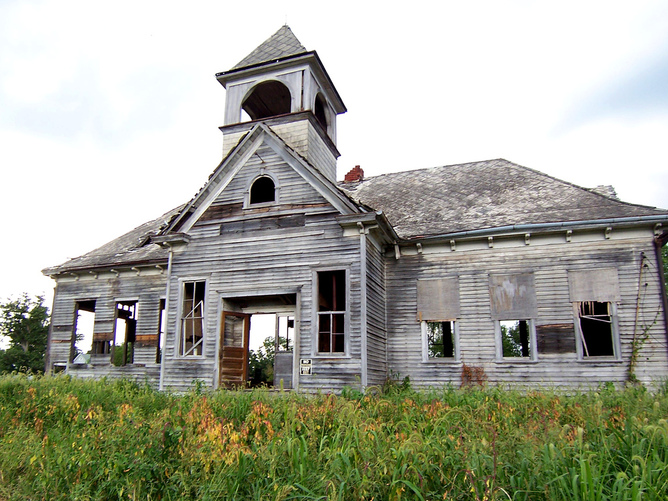 By Heather O’Connell
The Conversation

None of us alive today had any direct involvement in slavery in America, but we continue to be affected by its legacy and could even be perpetuating it in subtle, everyday ways. One of the ways the legacy of slavery manifests is through the school system.

My recent research with Robert L Reece suggests the school system has been deeply affected by our slavery history, most notably in ways that relate to present-day school segregation.

Identifying the legacy of slavery

One of the many striking aspects of slavery was the forcible denial of education to slaves.

As we detail in our paper, there is historical evidence to suggest that the insistence that black Americans don’t need or shouldn’t have the same quality of education as whites persisted even after emancipation.

But how does this history get reflected in the contemporary school system? We find that one of its consequences is greater black–white school segregation.

Using contemporary and historical census data for all counties in the South, we find evidence that indicates a positive relationship between the concentration of slaves in 1860 and black–white disparities in public school enrollment during the 2006–2010 time period.

Most importantly, our results suggest that white private school enrollment is greater in counties where slaves were more heavily concentrated in 1860, thereby leaving black students overrepresented in public schools.

We need to learn from history

It is perhaps no surprise that slavery is associated with inequality and disadvantage for the enslaved population. However, what is notable is that this connection persists more than 150 years after the abolition of slavery.

Despite rulings and legislation aimed directly at reducing school segregation in the time between slavery and today, it is far from being a distant issue. And it needs our attention.

Segregation negatively impacts disadvantaged groups but has little effect on those who are already advantaged. As a result, school segregation helps perpetuate the cycle of disadvantages that black kids already face.

Sixty years after the historic Brown v Board of Education court case, new conversations are starting about how the dream of an inclusive society hasn’t been achieved.

So, what does our research add to these emerging conversations?

First, as we approach this issue again, we need to keep its historical foundations in mind. The historical depth of segregation’s foundations should remind us that solutions will not be easy and they cannot be short-term. Sustained efforts over several generations may be necessary before real change will be seen.

Second, we need to remember the importance of teaching history. Recent changes in our approach to education in the United States have directed an increasing amount of the school day to math and reading while squeezing out other subjects, including history. If we are to understand what’s going on today, history needs to remain among our core school subjects.

Black–white segregation across schools has been a persistent issue in the United States, one with serious ramifications for subsequent inequality. Without addressing its historical foundations, we may never fully address the contemporary consequences of our history.

We may not be at fault for our country’s history, but we are responsible for what we do with it.

This article was originally published on The Conversation.
Read the original article.