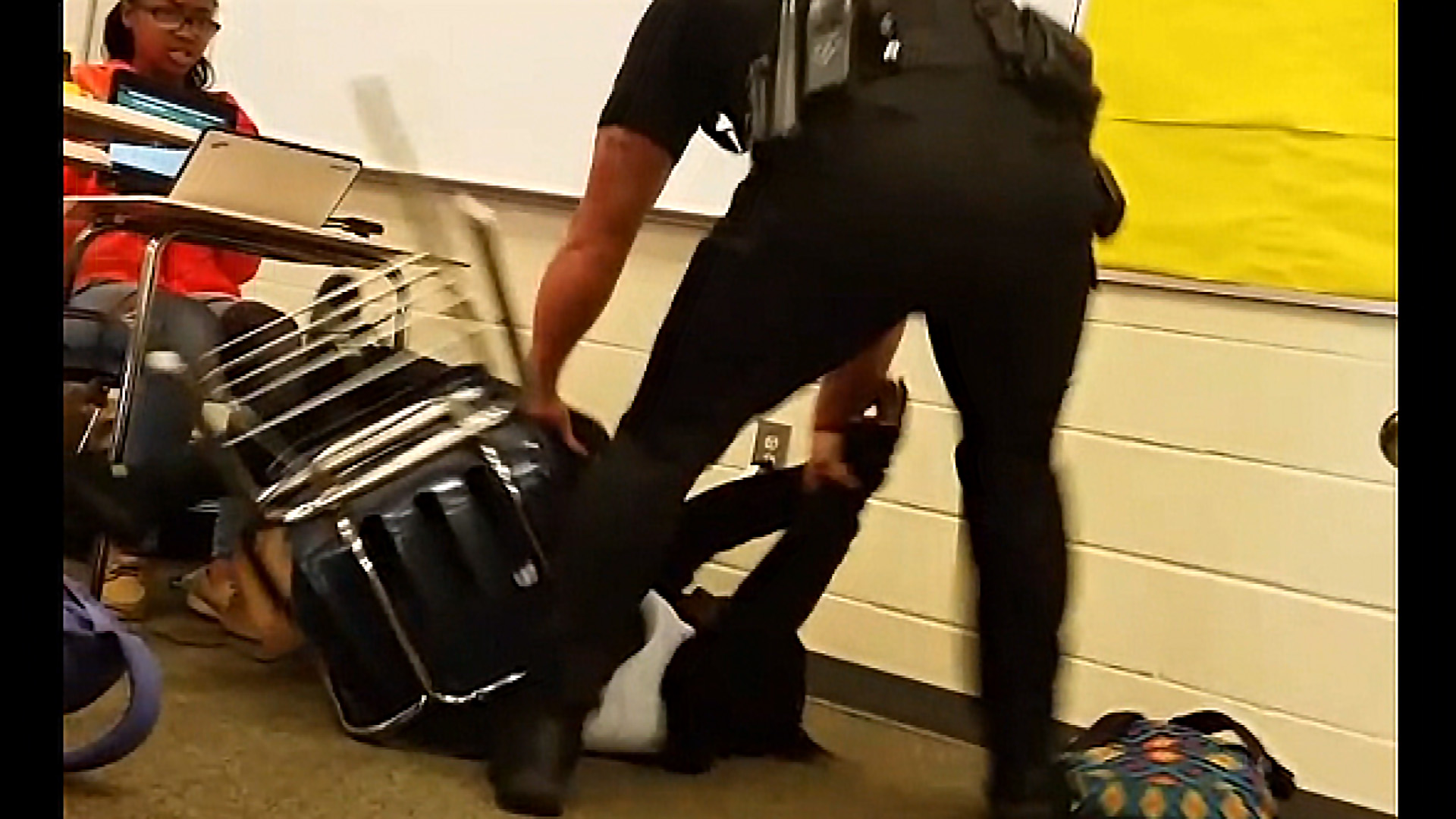 Researchers at the Georgetown Law Center on Poverty and Inequality and the National Black Women’s Justice Institute found that the explosion of police in the nation’s schools is forcing increasing numbers of black and brown girls into the school-to-prison pipeline.

There are police officers in nearly half the nation’s high schools — a list that grows with each new school shooting or move to zero tolerance disciplinary policies. Police find themselves being asked to intervene in routine disciplinary matters or end up haranguing young black and brown girls to be “more ladylike,” said the report, released Tuesday.

Officers are thrust into school systems with little training and even less structure: Fewer than half the states that allow police to patrol their schools require formal memoranda of understanding between police departments and school officials. Plus, many of the girls told researchers that the police in their schools were prejudiced against them and they couldn’t get a fair break.

In some cases, the school-to-prison pipeline followed a direct line, the researchers found. Broadly or vaguely worded laws making it a criminal offense to “disrupt school” landed some 29,000 South Carolina students in the juvenile justice system in the first decades of the century, the report said.

It recommends better and more thorough training for school police and a shift away from heavy-handed law enforcement and toward counseling and early interventions. The report is intended as a toolkit for school systems and police departments. But it also makes clear that its authors hope this is the beginning of a conversation, not the end of one.

“It brings a really important perspective to the work and I think that the focus on girls of color in the school-to-prison pipeline isn’t nearly engaged in enough,” said Sarah Bryer, executive director of the National Juvenile Justice Network. “It’s critical to the whole debate and will provide really concrete ideas and actions going forward.” This report complements her organization’s work on implicit bias, she said.

Marcy Mistrett, the chief executive officer of the Campaign for Youth Justice, said she wasn’t entirely surprised by the report’s findings — she and her allies have been warning about the school-to-prison pipeline for years — but was frustrated by the complexity of a problem that didn’t have to exist in the first place.

What’s especially frustrating, Mistrett said, is that the solutions are so easy. “If they took the money they paid those officers and actually trained the teachers and principals in de-escalation and conflict resolution, they wouldn’t need the police in these schools,” she said.

Michelle C. Thomas is a veteran family court lawyer in Washington and former chair of the National Bar Association Young Lawyers Division. For her, the report’s lessons are pretty straightforward.

“It matters a lot that young black girls feel safe at schools — like they matter, and not like a target,” she said.

Matt Fraidin, a professor at the University of the District of Columbia’s David A. Clarke School of Law who has been a longtime advocate for child welfare reform, believes the report points to larger racial problems.

“More than 60 years after Brown v. Board of Education, many of us live in segregated neighborhoods, which feed into segregated schools,” he said. “That’s the broader context in which these findings arise — a setting which makes it tragically unsurprising that girls of color experience disparate, harsh treatment in institutions that should be safe and welcoming.”