Why politicians with deep voices get more votes 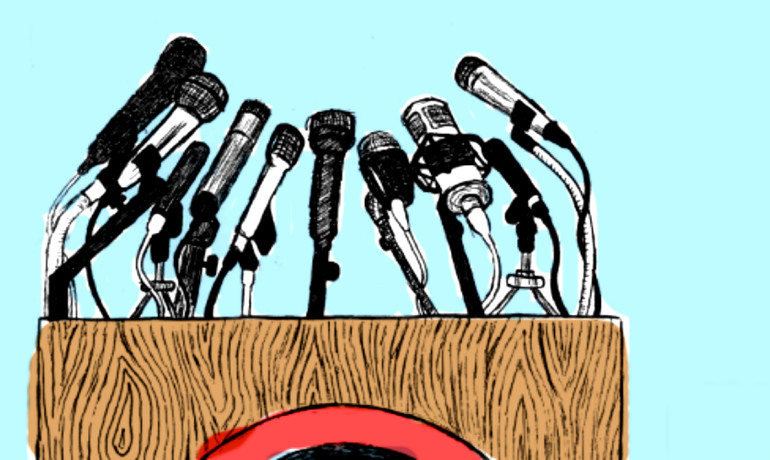 Voters seem to prefer candidates with deeper voices, and researchers suspect our “caveman instincts” could explain why.

“Modern-day political leadership is more about competing ideologies than brute force,” says Casey Klofstad, associate professor of political science at the University of Miami and a coauthor of the study in PLOS ONE. “But at some earlier time in human history it probably paid off to have a literally strong leader.”

The results are consistent with a previous study by Klofstad and colleagues that also found candidates with deeper voices get more votes. The research showed that a deep voice conveys greater physical strength, competence, and integrity. The findings held up for female candidates, too.

The question that remained was: why?

OLDER AND WISER?
Conflating baritones with brawn has some merit, Klofstad says. Men and women with lower-pitched voices generally have higher testosterone, and are physically stronger and more aggressive.

What was difficult to explain, however, was what physical strength has to do with leadership in the modern age, or why people with deeper voices should be considered intrinsically more competent, or having greater integrity.

That got them thinking, maybe our love for lower-pitched voices makes sense because it favors candidates who are older and thus wiser and more experienced.

First, they conducted a survey which suggested there might be something to the idea.

NOT TOO OLD OR TOO YOUNG
Eight hundred volunteers completed an online questionnaire with information about the age and sex of two hypothetical candidates and indicated who they would vote for.

“That’s when leaders are not so young that they’re too inexperienced, but not so old that their health is starting to decline or they’re no longer capable of active leadership,” Klofstad says.

“Low and behold, it also happens to be the time in life when people’s voices reach their lowest pitch,” Klofstad adds.

ALTERED VOICES
For the second part of the study, the researchers asked 400 men and 403 women to listen to pairs of recorded voices saying, “I urge you to vote for me this November.”

Each paired recording was based on one person, whose voice pitch was then altered up and down with computer software.

After listening to each pair, the voters were asked which voice seemed stronger, more competent and older, and who they would vote for if they were running against each other in an election.

The deeper-voiced candidates won 60 to 76 percent of the votes. But when the researchers analyzed the voters’ perceptions of the candidates, they were surprised to find that strength and competence mattered more than age.

Whether candidates with lower voices are actually more capable leaders in the modern world is still unclear, they say.

GO WITH OUR GUT?

As a next step, Klofstad and colleagues calculated the mean voice pitch of the candidates from the 2012 US House of Representatives elections and found that candidates with lower-pitched voices were more likely to win. Now, they plan to see if their voice pitch data correlates with objective measures of leadership ability, such as years in office or number of bills passed.

Most people would like to think they make conscious, rational decisions about who to vote for based on careful consideration of the candidates and the issues, Klofstad says.

“We think of ourselves as rational beings, but our research shows that we also make thin impressionistic judgments based on very subtle signals that we may or may not be aware of.”

Biases aren’t always bad, Klofstad adds. It may be there are good reasons to go with our gut.

“But if it turns out that people with lower voices are actually poorer leaders, then it’s bad that voters are cuing into this signal if it’s not actually a reliable indicator of leadership ability.”

“Becoming more aware of the biases influencing our behavior at the polls may help us control them or counteract them if they’re indeed leading us to make poor choices,” Klofstad says.