Latina Lista: News from the Latinx perspective > Columns & Features > BlogBeat > Women rise up and speak out for climate justice

Women rise up and speak out for climate justice 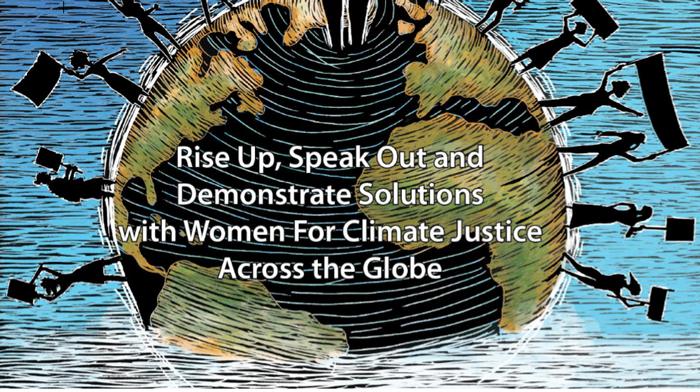 The People’s Climate March was a watershed moment. Participants, politicians, and the media got a complete overview of the seriousness of individual and group commitment to making change on the ground. Last year’s gathering made clear that entities across the activist continuum care about the future of the planet.

This year, seventy plus events organized by Climate Week (#CWNYC), will take place in New York City from September 21 through September 28. Scheduled to coincide with the presence of heads of states, diplomats, and NGOs who are in town for the United Nations meetings and tangential gatherings, the programs will drill down on a wide range of challenges.

Women’s Earth & Climate Action Network — WECAN — is calling for a worldwide Women’s Climate Justice Day initiative on September 29. The tag line is, “Rise Up, Speak Out and Demonstrate Solutions with Women for Climate Justice Across the Globe.” Moms Clean Air Force is a supporting partner of the event. 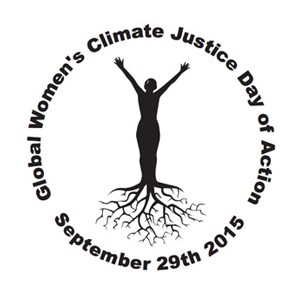 The power of change rests in the vibrant energy of grassroots activists, and women are leading the way from a continuum of sectors. One of the key elements in fighting the impacts of pollution and environmental concerns is a clear understanding of the overlap and intersectionality between societal problems. There is a definitive correlation between those who suffer the most from a lack of environmental justice — poor communities, indigenous people, women and children — and their living conditions. And yes, this is as prevalent in the United States as it is in Ecuador.

WECAN is hosting an open forum titled, “Women Speak: Climate Justice On The Road To Paris and Beyond.” It will be a four-hour symposium, starting at 1 pm. (Location: United Nations Church Center, 777 First Avenue, East 44th Street) Registration is required. Speakers will include Neha Misra of Solar Sister; Mary Robinson, former President of Ireland, member of The Elders, and founder of the Mary Robinson Foundation-Climate Justice; Patricia Gualinga, Indigenous leader from Sarayaku, Ecuador; Jody Williams, a Nobel Peace Prize recipient.

I reached out to Osprey Orielle Lake, Co-Founder and Executive Director of the Women’s Earth and Climate Action Network (WECAN), to find out more about what she hopes the audience will learn from the session. By phone she responded,

“One of the most important untold stories is about women, and how they are disproportionately impacted by climate change. At the same time, women are central to finding solutions. Statistics show that women’s engagement is essential for the speed and scale needed to accomplish the goals of solving the climate crisis.”

I’m looking forward to joining my Moms Clean Air Force colleagues and other passionate women on September 29, to call for climate justice for all. Hope you’ll join us!