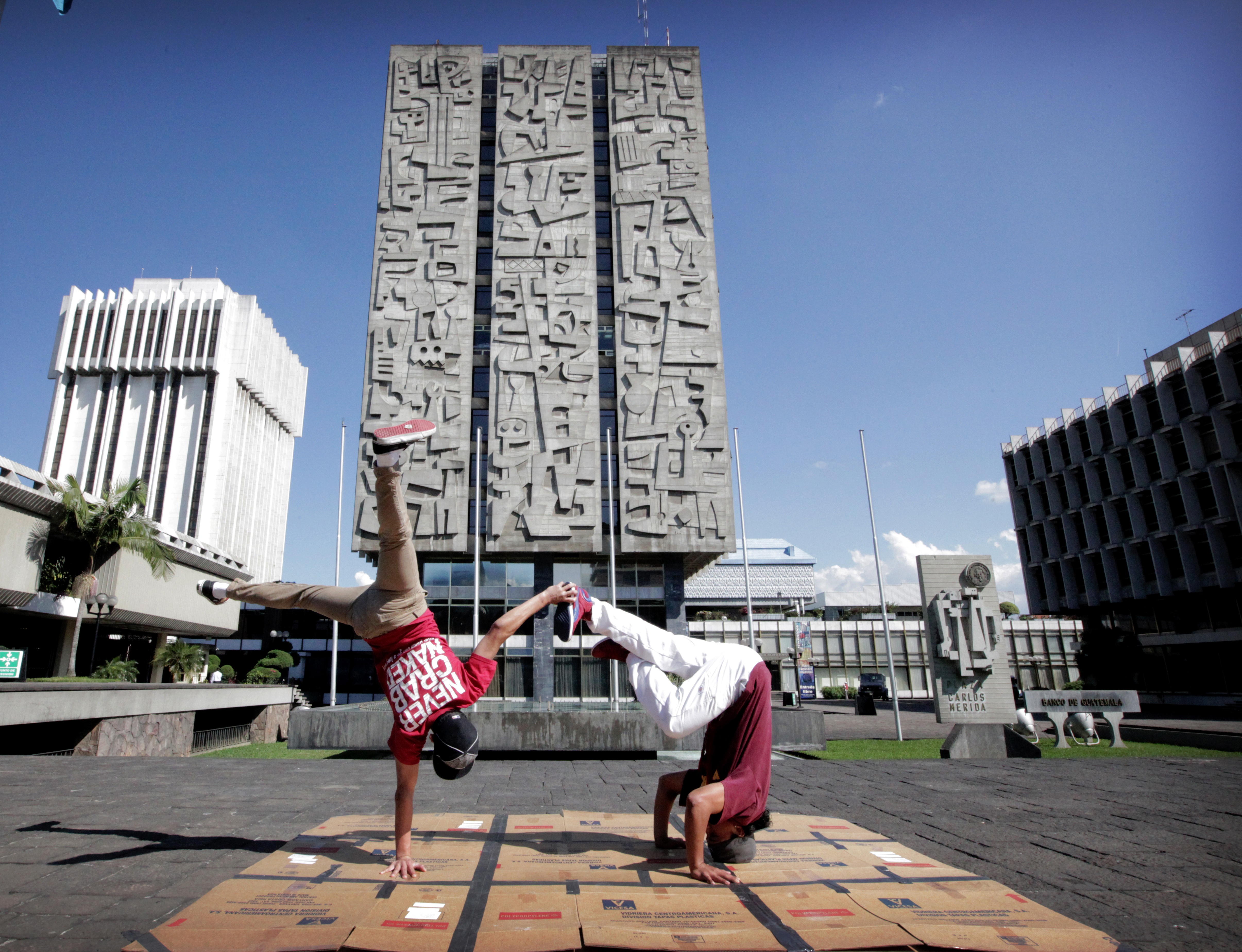 Guatemala City´s ghettos are renowned for their gangs, drugs and violence, but when US-born director Coury Deeb stayed in one, he saw a different side to life in the slums – one of people trying to escape their surroundings, through dance.

“We met with some B-Boys and learned that though they look like gangsters, many of them are not gangsters or involved in criminal activities. Yet they live next door to gangsters who often pursue them to join their gangs.

“What we saw with the B-Boys was a group who desire to be a part of something good, to express themselves through art, through B-Boying, which is an element of hip hop. Their threat is very real so they dance largely to stay out of the gangs,” says Coury whose film production company, Nadus Films, believes in using what you´re good at to serve and empower people.

Shining a light on the breakdancing subculture of Guatemala City, BBoy for Life showcases the struggles and triumphs of Cheez, Gato and Leidy as they contend with dance and gang life in some of the roughest ghettos of Central America.

Twenty-two-year-old Cheez is one of the best B-Boys in Central America and dances in the streets of Guatemala´s capital at any opportunity. He taught himself to breakdance in 2008 and since then has gone on to perform for the Guatemalan president and represent his country at international B-Boy competitions in France and El Salvador.

He sees breakdancing as a way to reduce crime and a few months ago started a dance movement called Urban Attack. However, he wasn´t always so focused:

“When I was little I was surrounded by people in gangs that mugged and stole. I was used when I was little, they would tell me: ´stay here and if the police come, let us know.´ I would stand there and they would go on a bus and start robbing. I agreed because I was young and when you´re a kid you´re looking for examples of who to follow.

“My life has changed since I started dancing, it´s made me realize things I´ve done, like drugs and how to say no to them. Each day I discover new things that I have to learn. […] I´ve had trouble with people who don´t like what I do, they´ve hurt me, threatened me because of what I do and what I´m trying to do – dance,” says Cheez, whose real name is Walfer Lossi.

Being a B-Boy in Guatemala City carries with it a heavy burden and risk due to the plague of gangs throughout the ghettos who are always looking for new recruits.

According to a 2012 report by the United Nations Human Rights Watch, Guatemala has one of the highest rates of violent crime in the region, which is mainly the product of armed groups and criminal gangs who exert a similar level of power to that of terrorist groups in other countries.

Leidy Estrada was originally hired to be security during the documentary´s production, but she quickly emerged as one of the story´s main characters.

“What´s interesting about Leidy is that she was in prison and was an active gangster. When we landed for the first production trip she was only three days out of prison. Our partners on the ground thought: ´what better person to watch for dangerous activity than someone who knows the streets very well.´

“Leidy was with us constantly, but she was not meant to be a central character, she was only security. But learning about us, Native Films, learning about why we do what we do, learning about our characters and meeting the B-Boys, she was turned on to a world of opportunity, redemption and information. She became the bridge between good and evil,” says Coury.

Originally imprisoned for three-and-a-half years for extortion, Leidy´s life changed dramatically when she met the B-Boy community. She recently graduated as valedictorian in her class and now manages finances for an NGO, as well as giving talks to youths on the reality of being in a gang.

Now she wants to carry on studying and become a lawyer.

“When I got out of prison, I left the gang. It was a hard decision because I was worried they´d harm my family, my children or myself. They don´t let you go easily. But thank God we´re still here without problems.

“My purpose [in the film] was to help a lot of youths and tell them not to fall into the path I fell into, to talk about how my story has changed. I hope it helps a lot of children to change their minds about gangs and to think about them,” says Leidy.

A story of hope, struggle and redemption, BBoy for Life exposes not only the threat Guatemalans face on a daily basis, but also the journey many of those who are surrounded by violence seek towards a life where peace and hope shine more brightly.

“BBoy for Life shows that there´s beauty in the mix of one of Guatemala City´s darkest neighborhoods,” adds Coury.

The documentary hits theatrical distribution in the US on April 11, 2014 and Native Films hopes to bring Cheez, Leidy and the other main character, Gato, to screenings to do live B-Boy battles with other crews and host discussion panels about how the documentary has impacted their lives.