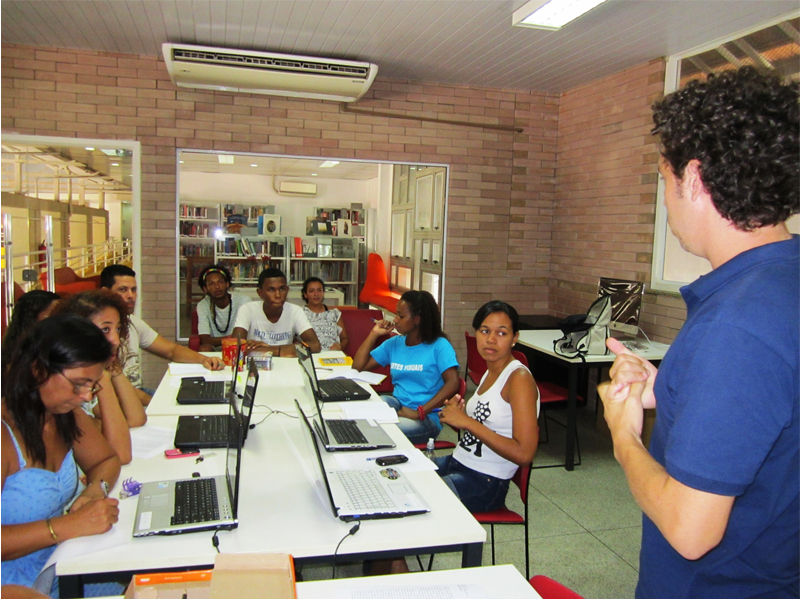 With a US$60 million loan from the Inter-American Development Bank (IDB), the government of the state of Rio de Janeiro is promoting social integration for 40,000 young people from pacified favelas.

RIO DE JANEIRO, Brazil – Student Danielli Teixeira Pedro, 16, is a talented soccer player, but she seemed destined to play with the boys on a dirt field in her community, a favela known as Jacarezinho, in Rio de Janeiro’s North Zone.

“I almost didn’t believe it when I heard them say that they wanted to make our dreams come true,” said Danielli, the daughter of a doorman and a stay-at-home mom. “My dream is to become a professional soccer player.”

Danielli signed up for the program and, after a few meetings, was sent to a high-performance sports training center.

The goal of the program, which has funding from the Inter-American Development Bank (IDB), is to promote the social integration of 40,000 young people between the ages of 15 and 29 who live in favelas served by the Pacifying Police Units (UPPs). The idea is to promote autonomy among these young people while respecting their individual needs and desires.

“We want to reverse the logic of a public policy that randomly offers generic services,” said the program’s coordinator, Morgana Eneile Almeida. “We identify the demands of the individual so we can offer what they really need, without necessarily following a traditional path.”

To ensure comprehensive care, the program works in partnership with other secretariats, institutions and state agencies, as well as companies and civil society organizations.

“If a young person has completed high school and wants to pursue a career that doesn’t require a college degree, that’s fine,” Almeida said. “If, for example, they want to be the best radiologist they can be, we will send them to a technical course.”

Almeida said youths also are encouraged to participate in activities offered by different sectors so they can discover new interests and possibilities.

“A young person may decide they want to be a bricklayer, just so they can have their independence,” Almeida said. “But why not show them they can also become a civil engineer?”

Danielli, for instance, plans to take the college entrance exams for psychology in 2015.

“I know that not everyone can achieve success in soccer,” she said. “I need other alternatives, so I want to learn English and computer science. I’m going to try to get into a college to study psychology.”

In addition to the US$60 million the IDB is going to invest during a four-year period, the state of Rio de Janeiro is investing US$24.5 million in the program.

The pilot phase began last August in Manguinhos and has expanded to the favelas of Cidade de Deus, Complexo do Alemão, Jacarezinho and Borel-Formiga.

Territorial Management Units (UGTs), which are the physical spaces for the program, are being installed in these communities. Each UGT has a director, four advisers, three tutors, six young people who are local residents and serve as social articulators, and seven interns from the State University of Rio de Janeiro (UERJ).

“Most of the professionals have backgrounds in social services and psychology,” Almeida said. “They can’t have a prejudiced perspective in relation to young people from the favela. Therefore, we ask the people who work with us to have experience in working with this clientele.”

Favela residents in vulnerable situations are given priority in the program. Almeida cites those with drug and alcohol addictions, single mothers, former prisoners and young people in situations of conflict and violence, such as members of the drug trade prior to the pacification of the favelas.

“These young people can’t be stigmatized when, in reality, the territory prior to pacification conditioned them to have a certain perspective, which was based on the drug trade,” Almeida said.

Bruno Lima, 17, who is being served by the UGT in Manguinhos, told how his mother was able to open her own craft shop, with which she supports three children, only after the installation of the UPP.

“In the past, she needed approval from the drug traffickers, and they wouldn’t let her because she was going to compete against business owners they protected,” said Lima, who signed up for the program with the dream of working in advertising. “I started a photography course and I believe that I have what it takes to work in advertising.”

Starting in March, it’s expected the program will reach the favelas in Copacabana and the surrounding areas (Chapéu Mangueira, Babilônia, Tabajara, Cabrito, Cantagalo, and Pavão-Pavãozinho), as well as the communities of Batan-Fumacê, in the West Zone, and in the city of Niterói.