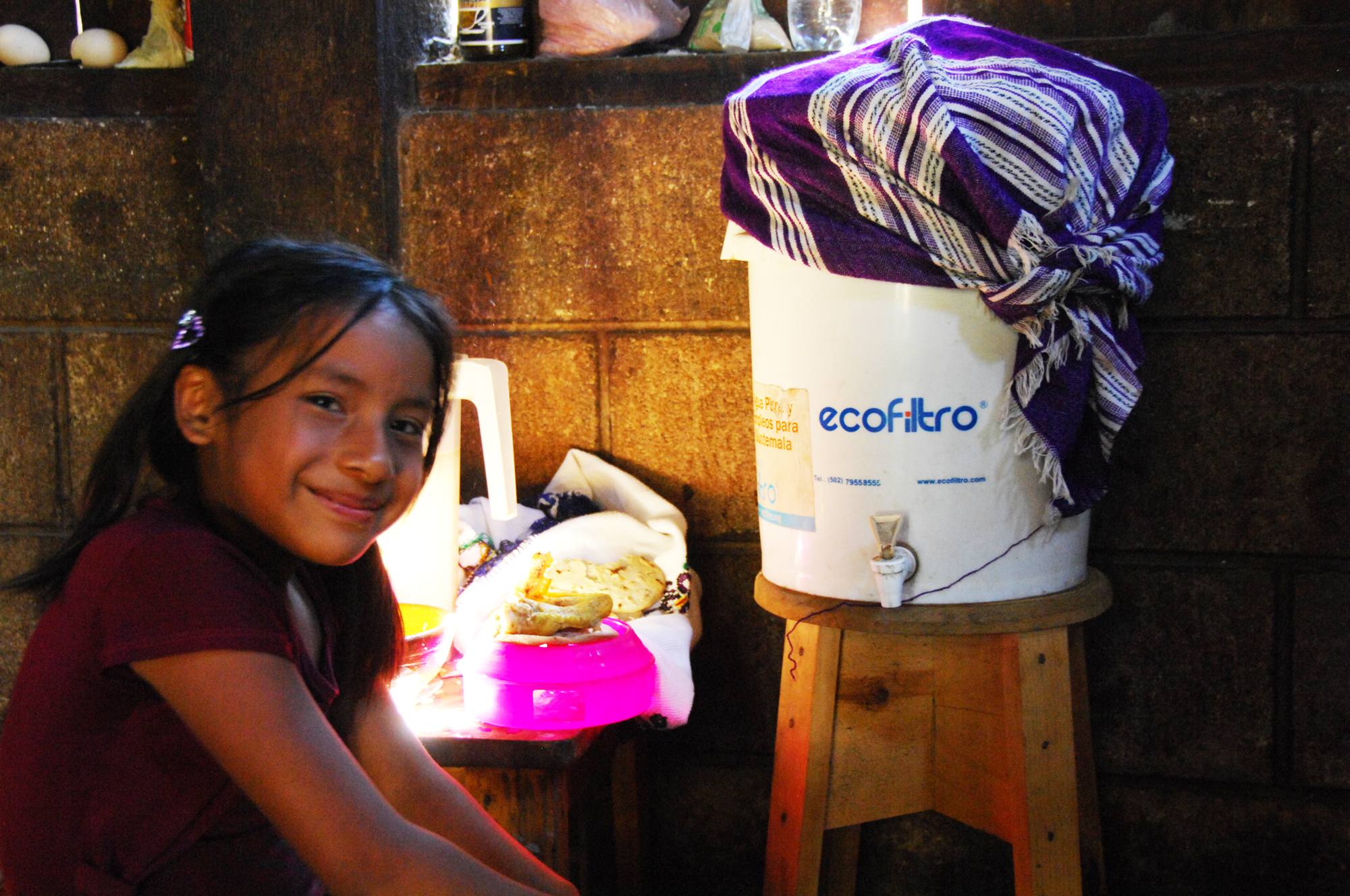 What started out 30 years ago with a man called Fernando directing artisans on potter’s wheels in the small town of Rabinal, Guatemala, has resulted in a worldwide water revolution.

In Guatemala alone there are around one million families living without access to clean drinking water. Unable to afford purified bottled versions, they have two options: either spend a large proportion of their salary on firewood to boil water, which causes deforestation and pollutes the environment, or drink dirty water, which causes infections and can lead to death.

In 1981, Fernando Mazariegos developed a technology called ceramic pot filtration. The following year the design was awarded the top prize by the Latin American Institute of Water Engineers for its effectiveness in treating contaminated water and has since gone on to receive awards from the World Bank.

Born out of the idea that every Guatemalan should have access to a sustainable source of clean drinking water, Ecofiltro has been using the ceramic pot filtration technology to bring clean water to the rural poor on a mass scale since 2009.

Perfecting low-cost water filters and working with NGOs to distribute them, the social business believes that the best way to make water filtration a sustainable solution, and not just a charitable gift, is to help people secure filters for the rest of their lives.

“We organize rural communities to take control of their own health in the same way that affluent nations do: through awareness and affordable, clean water,” said Richard Finlay, director of operations and finances at Ecofiltro.

“The water problem is the most significant thing that is impacting global health; it’s the problem that is inflicting the most pain on the most people. We try to reach people who are either very sick because they are drinking dirty water and losing days of work, or worse: are losing children [to disease and infection],” said Finlay.

Ecofiltro works primarily through its foundation Ecofiltro: one, which distributes the filters, teaches customers how to use them and helps them set up a savings and payments plan of around Q10-15 (US$1.50-2) a month to pre-pay the next filter – thus securing clean water for themselves and their family for the rest of their lives.

Each filter takes around four weeks to build and lasts for approximately two years. Locally sourced clay and sawdust are mixed together with water to form the filter’s shape, then left to dry for up to two weeks before being fired in kilns, coated in colloidal silver and randomly tested to ensure meeting company standards.

Once distributed to their new owners, the filters are placed inside a container and clean drinking water filters though at a rate of 1.5-2 liters per hour.

“Mothers especially love the filters. It’s one of the first things that have come into their house that they own and they are not dependent on anyone in their village to buy chlorine tablets from,” said Sam Snyder, director of Ecofiltro: one.

While Ecofiltro’s focus is on rural communities, its products are also available to the urban population. Last year the company sold 20-25,000 filters to rural people and 10,000 to urban residents who wanted a cheaper, more ecological alternative to bottled water.

“We started using the filter for various reasons,” said Charlotte Rumel, director of Alianza Francesa in Antigua Guatemala. “It’s a more economical way to consume water, it’s an ecological system and we think that Guatemala needs to develop a more environmental conscience.”

“We know there are a million families in Guatemala that we need to address. I’d like to think that in five years we’ll have at least 40-50% of those families with a sustainable water filter and in ten years we’ll get to all of them and have a record of who they are so that we can keep servicing them in the future,” said Finlay.

Before using the filters, rural customers used to complain about the pains inflicted after drinking unfiltered water or the taste of chlorine that was left over from boiling it with sterilizing tablets.

Maria Clara Xaji used to get stomach cramps that kept her up at night: “Now I sleep like an angel,” she said, after installing the water filter in her house in San Martin Jilotepeque, 65km outside of Guatemala City.

Although the filters were originally created in Guatemala, the first plant to start using the technology was built in Ecuador. Today, Mazariegos has an office in the Ecofiltro factory in Sacatepéquez, Guatemala, but his ceramic pot filtration method is being produced in over 30 countries in Asia, Africa and Latin America.