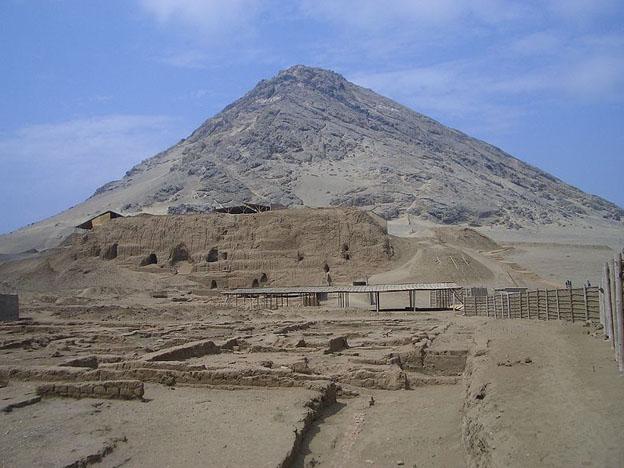 New archaeological study published with support from National Geographic is shedding light on human sacrifice by the Moche people.

History isn’t always pretty. In fact, “pretty” history is really the exception to the rule when we talk about the millennia that humanity has been around causing mayhem and inventing sins left and right.

With that in mind, I’d like to present the highlights of some recent research by a team of scholars from universities in the United States, Canada, and Peru who studied Moche sacrifice and burial rites.

The research, which was sponsored by National Geographic, has revealed some details about the Moche that are worthy of a horror movie.

According to National Geographic, about 70 sacrificial burials have been found at Huacas de Moche, near Trujillo. Experts believe that this high volume of sacrifice victims probably means that human sacrifice was a frequent practice among the Moche. Furthermore, writes National Geographic, it seems unlikely that the victims were members of the elite sacrificed in order to appease the gods, as some had theorized. Rather, the victims were likely captives taken in wartime who were ritually slaughtered.

Dr. John Verano, one of the researchers who worked on the project, told the magazine that the victims were displayed after being killed, and later pushed into pits.

Dr. Verano says that evidence suggests ritual humiliation for the sacrifice victims, which further damages the theory that those sacrificed were members of the elite. “You don’t deny a proper burial, deflesh, mutilate, and turn your elites’ bones into trophies as they did [at Huacas de Moche]. You don’t make a drinking mug out of your elite [ruler’s] skull,” says Verano.

However, it’s not all blood and guts over there at Huacas de Moche. Researchers also analyzed oxygen isotopes in the remains in order to determine where the individuals came from. According to National Geographic, the water that people consume leaves behind specific oxygen isotopes that can be used to track down the location where they spent their infancy as well as where they spent the last ten years of their lives. Analysis was completed on 34 individuals.

According to National Geographic, though most male elites discovered at the site were native to the area, most of the elite women were from distant lands. This suggests that women may have been traded among Moche population centers as “princess brides,” writes National Geographic.

The research will be published in The Journal of Archaeological Science in a report entitled “Residential histories of elites and sacrificial victims at Huacas de Moche, Peru, as reconstructed from oxygen isotopes.”