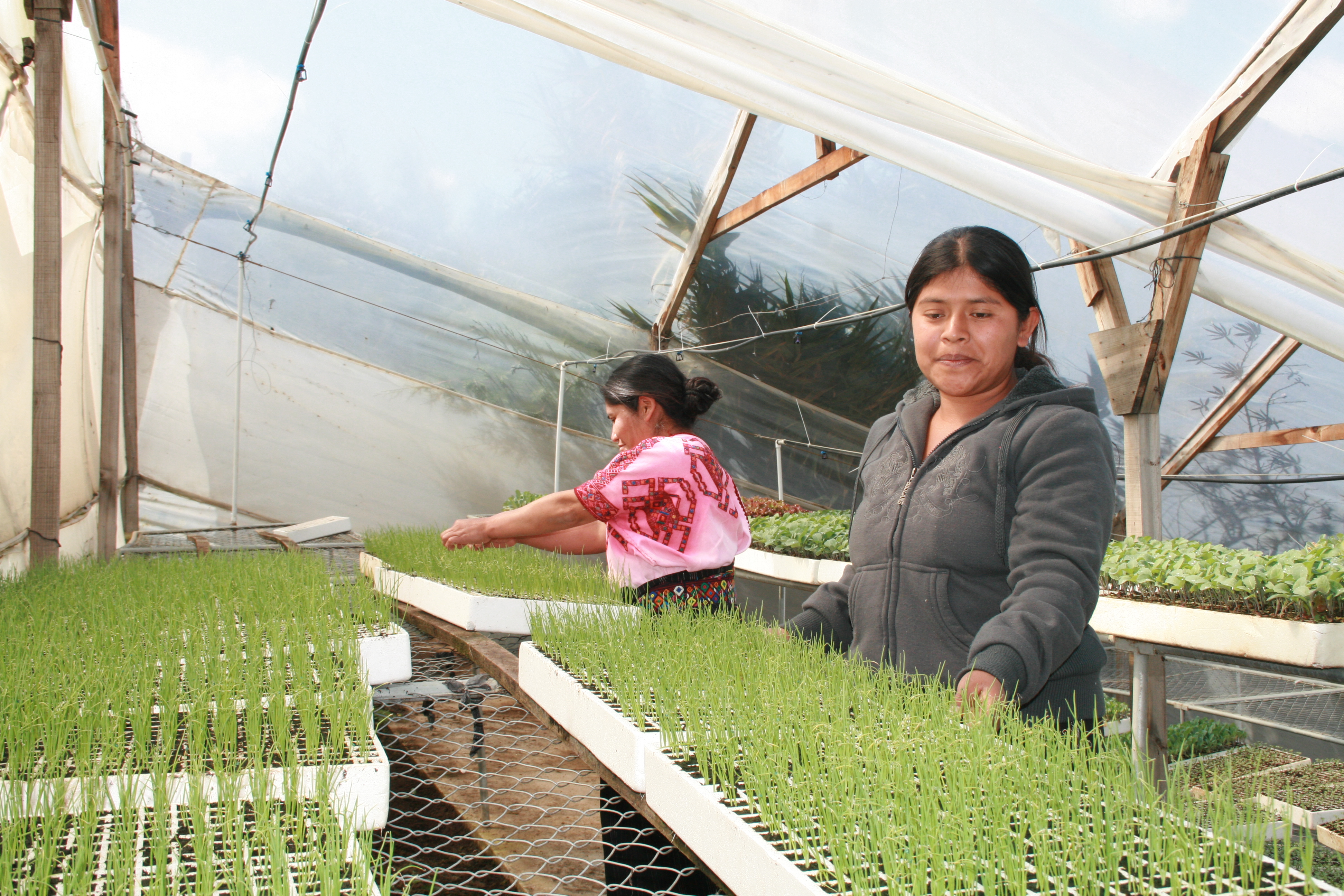 Indigenous women in Guatemala occupy the bottom rung of the socioeconomic ladder. A lack of education combined with a traditionally machismo culture means that many Mayan women are often illiterate, unaware of their rights and unable to break the cycle of poverty in which they exist.

In the indigenous municipality of Santa Catarina Ixtahuacán, in the Western Highlands of Guatemala, extreme poverty is widespread. It´s an isolated area set deep in the mountains that receives little help from the government.

In the past, local men used the land to cultivate beans and maize while their wives stayed at home making weavings. However, since 2006 an NGO called ADAM has started working with some of the women there to diversify the community´s output.

Through combining agricultural development programs with female empowerment workshops, ADAM has transformed the lives of many women in Santa Catarina Ixtahuacán and recently started exporting their produce to the USA.

Last year the municipality produced nearly 280,000 units of broccoli and 50,000 units of cauliflower, and exported spring onions and carrots to the supermarket chain Walmart.

ADAM gives out seeds and holds workshops on the most efficient methods of cultivation, but any agricultural organization in the area that wants to benefit from the project needs to be working with women.

“[Before] we only worked around the house – that was the woman’s role. But with these trainings we have been awakened to the reality and are getting to know our rights. Before, in community meetings a woman wasn’t allowed to give her opinion, they thought it wasn’t useful or it had no value. So no women could go or take part in it, but through these training sessions we know about our rights, the communities know more about female participation and we go to the meetings and have more spaces to give our opinions,” says Isabel Carillo Carillo who used to make weavings before she started cultivating peas four years ago.

“It has helped me a lot on a personal level. I was married but my marriage wasn’t stable. Before I couldn’t go out because my husband was very strict, but now that I am separated I feel liberated as I can go to the trainings, I can give my opinions without having to worry about getting scolded if I leave. I believe it has helped me a lot to know about my rights.”

During the fortnightly training sessions, a total of 81 women have learned about gender equality, domestic violence, health and access to land, and are then encouraged to share it with their family and friends. Increasing female participation in the communities has not only empowered women, but has also increased their capital.

Manuela Guachiac is 52-years-old and works for an organisation called ADIAP, which sells peas, carrots and broccoli.

“I’m part of the board of directors, but you would never have seen women in these positions before. We grow carrots and that is helping us a lot in our economy, and all of what we learn we will pass on to our children. They will learn and will keep these spaces, not like before when everything was closed off and only for men. Now I can teach my kids about this change and continue it generation to generation.

“Before, the men would sell firewood and travel to Totonicapán and Salcajá. The revenue was not as big. Now with the training that we’ve received in cultivation we have a more favourable income. I have my vegetable patch, my husband has a patch and even my kids have their patches. Before women would only do weaving, now we know how to grow some vegetables and create more income. I talk with my husband about what we should do with our revenue, how much we can deposit in the bank to use when we need to. I’ve seen a very favourable change in my life.”

Focused on helping the organizations with which it works to expand, ADAM has implemented further projects such as vermicomposting, a grain seed bank and a greenhouse, which have enabled the community to become more productive and generate more income.

ADAM is funded by the international NGO ActionAid. Guatemala Country Director Laura Hurtado says: “We support these programs because we believe that the first step our society should take is the empowerment of women and youth. More than improving their living conditions, these projects motivate them to know, demand and fight for their rights.”