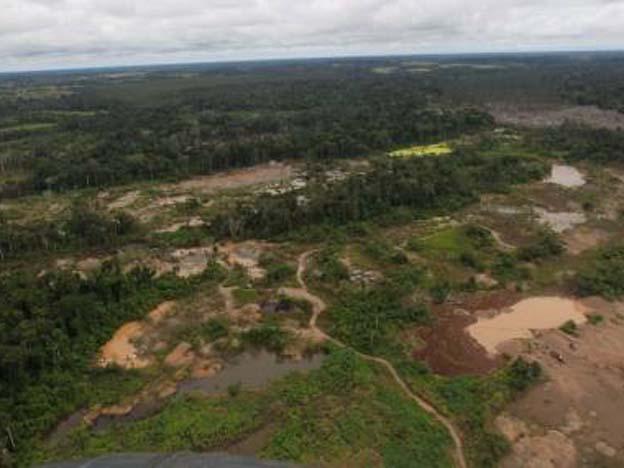 Since last Monday, people in district of Monte Salvado in the region of Tambopata, have been reporting sightings of more than 150 indigenous people living in voluntary isolations. According to a report in El Comercio, the indigenous group may be suffering from hunger due to illegal logging activity in the region.
The sightings have been causing a stir in Monte Salvado and have a few residents worried.

Originally, 33 people were seen on the other side of the Las Piedras River. The first person to notice was an agent for the Native Federation of the Madre de Dios River (Fenamad), an organization with an office in the region.

According to the agent, the group of natives remained in the area for about three hours before returning to the jungle. The next day, 24 men were spotted near the river.

Yesterday, even more people emerged from the jungle as residents saw more than 150 individuals come out of isolation.

Many in the small town fear that approaching the indigenous group, may cause them harm or may infect them with illnesses of which they have no immunity due to their status of voluntary isolation.

Klaus Quicque, the president of Fenamad, says that the natives are looking for food.

“Tomorrow we will send a team from the Civil Defense department, Fenamas, and a doctor from the regional health office, to give the indigenous group food and fuel,” Quicque said. “We´re also evaluating the possibility of doing a helicopter search of the area to look for more people.”

For many in Monte Salvado, this is their first time learning about these voluntarily isolated indigenous groups living nearby. Some residents have asked that the group be moved somewhere else.

“It seems they have been cornered by illegal logging operations that have been using their habitat to transport timber out of the region,” Quicque said.

The Ministry of Culture says that it has an obligation to attend to the needs of this population. However, they are always hesitant to avoid prolonged contact with voluntarily isolated indigenous groups.

New Diverse Taskforce Aims to Promote Safe, Healthy Online Environment for Students
Comment
Video: Series takes viewers down the 'Caminos' Mexican immigrants travel in search for jobs on US side of the border