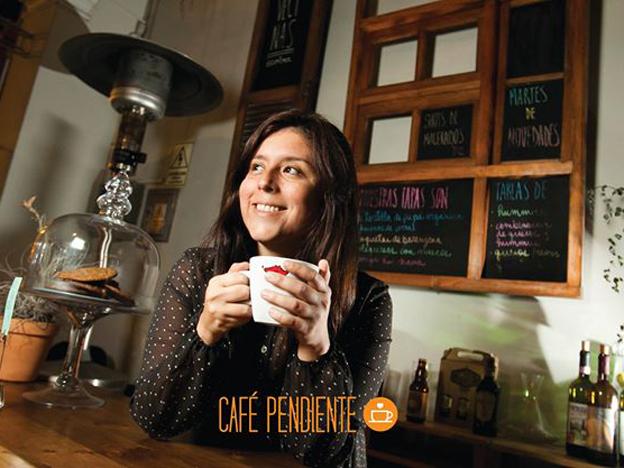 By Hannah Vickers
Peru This Week

It seems strange how much of a difference something as small as a coffee can make. But the thinking behind the Pending Coffees initiative is that small things can make a big difference.

It’s simple: in any participating café, you just add an extra coffee (or something else) onto your order, to get held back for someone who needs it. According to the Pending Coffees website, the initiative is great for several reasons: it’s simple, it’s direct – you know where your money’s going – and you’re supporting a local business as well as someone in need. The simplicity of the scheme also makes it flexible; instead of a coffee, you can get someone a bowl of soup, a bottle of water, a sandwich… Anything, in fact, that the café, bar, or restaurant happens to be selling.

The whole thing only started up in March of last year and it’s become a rapidly growing movement across the world. The founder, John Sweeney was inspired by a story of the old Neapolitan tradition of buying a coffee for those who couldn’t afford it. He wanted to bring it back and started up a Facebook page, encouraging cafés and customers to get involved. “I have always wanted to make a difference in the world and as soon as I heard about pended coffees, I just knew that was how I would,” he said.

Publicist Vanessa Vásquez decided Peru needed a bit of that fellow feeling, and started the initiative in Peru last year. She had experienced the kindness of strangers when she fell ill while traveling abroad and wanted to share it.

The initiative officially began in Peru on May 8 2013, when Vanessa created the Facebook page. “The first coffee was given out two weeks later,” she said. It’s been a hit, with cafés across Lima participating, and even the San Borja chain of Subway getting involved.

I met up with Vanessa in Matilda, one of the participating cafes, to see how the initiative was going a year on. According to Vanessa, suspended coffees (café pendiente in Peru), is about more than just the coffee. It’s about bothering to see someone, to treat them as the equal that they are.

She talks about Cafe pendiente, and juguete pendiente, another NGO that she’s started up, as ways to connect with people and says that it’s something that’s changed the way she sees the world. Vanessa says that the initiative helps people put themselves in other people’s shoes.

“It bursts your balloon (and you see) everything that’s around you,” she said in the tiny café, hands wrapped around a warm cup of coffee. “My life changed completely. Knowing people in the street live realities that I didn’t know about made me grow as a person and as a human being.”

The thing that makes Suspended Coffees stand out is that it’s working on breaking down barriers between people that have money and people that don’t. Poverty is an isolating thing. The initiative is not limited to the homeless, but rather anyone who is strapped for cash and could do with a coffee.

The suspended coffee scheme is a bit different in Peru than it is in most other countries. Here, when you buy the suspended coffee, you receive a card to give to someone needy, instead of it being totally anonymous. “I think that the initiative is so lovely that anyone could have brought it (to Peru). It’s just having the courage to do it,” she said.

And, what plans does she have for Cafe Pendiente have for the future? Vanessa says that she wants the initiative to spread around the country, and hopefully spread out to helping people in other ways, like by giving them warm clothing or a place to sleep. There’s a lot of work ahead of her, but she doesn’t seem fazed.

“I feel very happy and that I’ve got quite a big responsibility now that it’s an initiative that needs a lot of work to make it work and for the people to consent. And that’s what makes me love it even more, because it’s a daily challenge.”