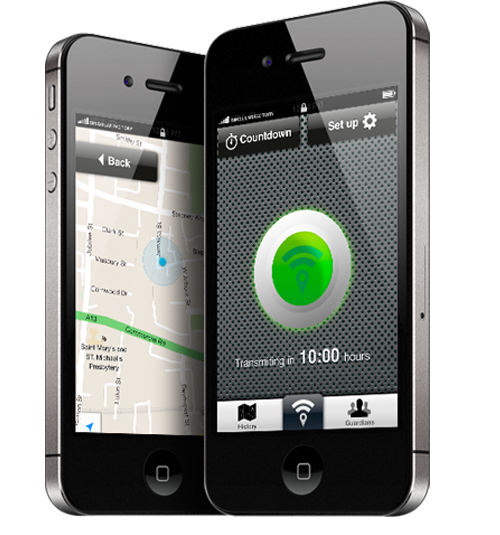 LatinaLista — These days, Mexico, unfortunately, is as synonymous with kidnappings and crime as it is with pyramids, Cancun and mariachis. In 2012, the Council for Law and Human Rights reported that an average of 72 people were kidnapped daily in the country.

For Spaniards, kidnappings have hit particularly close to home with several high-profile instances of Spaniards on vacation or on business in Mexico being victimized by unscrupulous criminals.

With kidnappings, virtual or physical, able to happen anywhere and at anytime, there’s a sense of helplessness to prevent them or, if it does happen, to effectively rescue the victims.

One Spanish tech company has turned that feeling of helplessness on its head with a new app called Boia.

Meaning ‘beacon’ in Portuguese, Boia was created by the Singular Factory, a tech company headquartered in Telde in Gran Canaria. Created as a high-tech approach to personal bodyguards, the app allows the user to choose people, a.k.a. bodyguards, to receive vital information via their smartphones when the app user leaves a “predetermined comfort zone.” The ‘bodyguards’ must also have the app installed on their phones.

In addition to letting the bodyguards know something might be happening, the app also records phone conversations that the user has once he/she leaves the ‘comfort zone’ and alerts the bodyguards if the user has a low battery or is somewhere where there is a poor signal.

Needless to say, the tech company has received a lot of interest from people in Mexico and Latin America where kidnappings have become a constant threat to daily lives.

Report: Hispanics More Likely to Buy Groceries at Convenience Stores
Comment
Video: Chicago-area Latina writers use their voices to 'rebel' against being marginalized