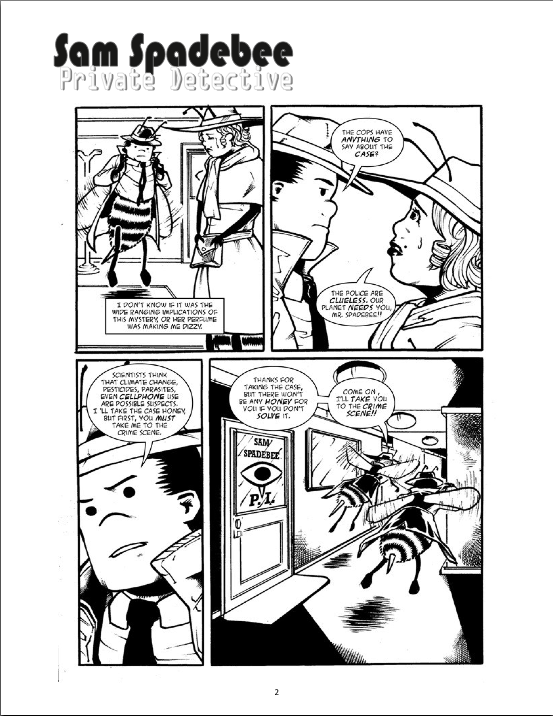 LatinaLista — Among the biggest threats to any nation’s eco-system is the loss of honeybees. It’s more than just honey that bees contribute to human diet; they are also responsible for pollinating up to 70 percent of the food a person eats every day.

Eight years ago, one beekeeper in the U.S. sounded the alarm over the dying honeybee population in the United States. Beekeeper David Hackenberg referred to the die-off of bees as “colony collapse disorder” (CCD).

Since alerting the world, a 2010 report documented other countries with the same phenomenon. At the time, South America’s honeybee population was safe.

In Chile, an organization called Plan Bee, dedicated to preventing CCD in the country, found, through their fieldwork, that there had been a 30 percent die-off of bees in Chile. The Chilean organization faults several factors for the bees’ deaths — current drought conditions, pesticides, parasites and cell phone towers.

Paula Pedreros, agronomist for Plan Bee, tells Santiago Times that the frequencies emanating from the cell phone towers interfere with bees’ navigation instincts, causing them to have trouble finding their way back to their colonies.

Now, the organization is on a mission to raise awareness about the plight of honeybees. Plan Bee has created the first urban beehives in Santiago, as part of their Pollinating Santiago campaign, and they are in the process of raising funds to build a new bee and biodiversity reserve.

Yet, the organization is getting additional help to raise awareness among Chilenos and it’s from a surprising source — the US Embassy in Santiago.

As a way to honor Earth Day 2014 and raise awareness about the disappearance of bees, the US Embassy is sponsoring a comics contest, complete with prizes, open to high school students in Chile. The goal is for the students to finish the last two frames of a comic strip story centered on the mystery of the disappearing bees.

There are only two catches — First, entries must be written in English. It’s not an unusual requirement given that learning English has been established as a nation-wide goal by the country’s education department.

The second catch is that the students’ entries have to show that they actually did some research and have an understanding of why it’s important that the mystery be solved.

The US Embassy’s site offers links to resources on the topic. Though in English, hopes are to not only help Chilean students become more proficient in reading and writing English but foster that innate natural curiosity and help solve a global disaster-in-the-making.