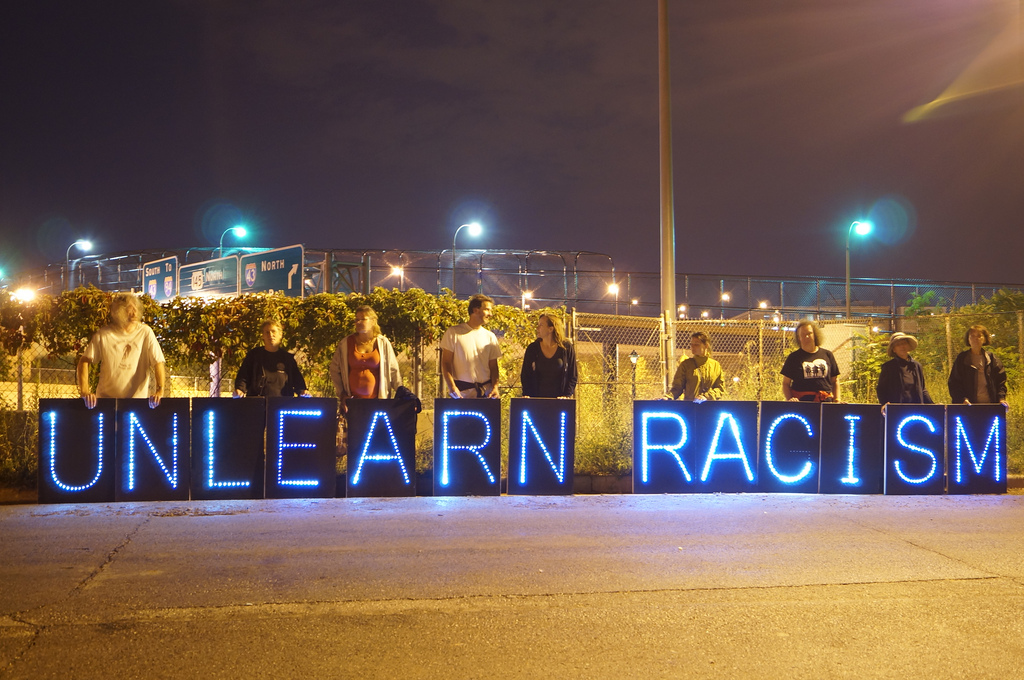 I was a racist.

I was taught all the racial stereotypes I heard from my Mexican-American parents and others where I grew up in Dallas.

I was told that mixing races wasn’t good, especially with someone black. I heard growing up that blacks didn’t like to work and took advantage of the welfare system.

I was once told by a Brazilian woman I worked for that black people had a certain scent. If you married one, you’d get that scent too and wouldn’t be able to get rid of it.

Of course, if I was going to marry outside of my race then marrying someone white would be “ok.”

That’s what I believed until I met my husband of almost 21 years.

He’s black and a wonderful, loving father to our two beautiful daughters.

My husband is the best thing that ever happened to me.

Getting to know him and his beautiful family educated and taught me that the stereotypes I held to be true were flat-out wrong. I learned to judge a person based on their character, good deeds and hard work instead of the color of their skin and ethnic background.

You would have thought this was obvious considering that as a Mexican-American woman I also had to deal with stereotypes. Many people think all Hispanic women marry young, make lots of babies and that our macho husbands control us.

It is possible to unlearn racism. I did.

That is why I would give the now former Oklahoma SAE fraternity student, Levi Pettit, who recently apologized a second chance.

I don’t know what I would have done if I had been placed in the spotlight to be shamed for the misinformed beliefs that I had been taught – attitudes that I, thankfully, learned were very, very wrong.

Based on the work by the late Ricky Sherover-Marcuse, Towards A Perspective On Eliminating Racism: 12 Working Assumptions, she writes the following on how a person can unlearn those ingrained attitudes.

People will change their minds and let go of ingrained attitudes under the following conditions:

· They trust the person who is presenting the new position

· They are not blamed for having had misinformation

According to Robert Jones of the Public Religion Research Institute, “three-quarters (75 percent) of whites have entirely white social networks without any minority presence.”

This needs to change.

Dallas’ WFAA-TV (Channel 8) sports anchor Dale Hansen unlearned racism as he so eloquently talks about in his Hansen Unplugged: Signs of change.

Even after my husband and I first saw the video of OU’s SAE fraternity members singing that song full of racial epithets, we thought they deserved a second chance.

Now that Pettit has made a public apology, with the support of black community members behind him, we need to find it in our hearts to forgive him for this unfortunate mistake and lack of judgment.

His young life shouldn’t be ruined for something he can correct through some much needed education in diversity.

And my advice to Levi Pettit and others is to take what you’ve learned and use it to eventually eliminate racial stereotypes, attitudes and beliefs. Educate yourself by getting to know people of other ethnicities, cultures and backgrounds. Learn about their fears and struggles.

You’ll soon find that the fears you had about them are not justified, and that you have more things in common than you do differences.

My husband was already ahead of the game with the diverse group of friends he held close. In 1994, my husband waited to take my hand in marriage with his black, Laotian, Mexican and white best friends standing by his side as his groomsmen.

My husband knows how to surround himself with beautiful colors of a rainbow.