Over the past few months, the fight to reauthorize the Violence Against Women Act, or VAWA, has been caught up in the perpetually stifling congressional environment. 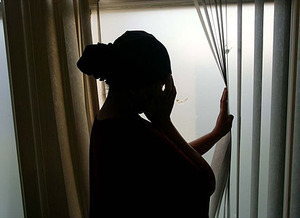 Passed in 1994 VAWA was intended to improve the criminal justice system by strengthening federal penalties for domestic violence offenders, training for officers and prosecutors, and services for victims. Since its passage VAWA has garnered wide bipartisan support and little opposition.

But this year senators led by Charles Grassley (R-IA) and Kay Bailey Hutchinson (R-TX) objected to a range of the bill’s protections, including language to prevent discrimination for gay and transgender* victims, language to allow local tribal authorities to prosecute all perpetrators of domestic violence on their reservations, and provisions that expand the U-visa for immigrant victims of crimes.

Though the bill has just passed the Senate, House Republicans drafted their own version that excludes protections for gay and transgender, immigrant, and tribal issues, ignoring groups at a high risk of becoming victims of domestic violence and crime.

Public support for VAWA has been unwavering and close to two decades after passage, its provisions have proved life-changing for many Americans. This piece of legislation is far too important to fall prey to partisan politics, as we explain below.

The landmark law contained a comprehensive legislative package to address widespread problems of domestic violence. It also funded and required community-based responses for victims of domestic and sexual violence, which brought together multiple local players (such as police, shelters, counselors, family law attorneys, and prosecutors) assuring the victim access to services along every step and requiring the abuser to face real consequences.

VAWA raised awareness about domestic violence and started a national conversation about an issue that was previously viewed as a private family matter to be resolved behind closed doors rather than in public courts. Before the law passed, a strong gender bias in public culture prevented a woman’s claim of abuse by an intimate partner to be recognized as a crime, let alone for it to be investigated. Ultimately previous law left most women silenced without recourse when it came to domestic abuse.

By 2000 the positive effects from VAWA had become clear and the first reauthorization flew through the House and Senate with a 371-1 and 95-0 vote; this overwhelming vote was repeated in 2005.

In both instances, Congress reauthorized VAWA’s existing programs and created new ones based on feedback from law enforcement, victim survivors, and service providers on the ground. Each time, the law became much more effective and Congress did not shy away from addressing the needs of underserved communities.

Addressing the vulnerabilities of immigrant, gay and transgender, and Native American communities

VAWA was the first legislation to acknowledge the unique challenges that groups like immigrant women face as victims of domestic abuse and crime.

VAWA exposed the power the abuser maintained over an undocumented partner, often exploiting the victims’ immigration status, leaving the victim afraid to report the abuse to law enforcement and seek help. This fear, along with a lack of information or misinformation, language, and cultural differences, has a multiplying effect that a perpetrator can easily exploit. Worse, many immigrant women avoid reporting their abuse to law enforcement due to fears of being deported. VAWA gave immigrant women victims the safety to know that they could report abuse without fear of retribution.

VAWA not only helped raise awareness about the plight of immigrant women, but also provided an avenue to legal status through the U-visa. U-visas can be granted to victims of a crime that can prove they have suffered substantially, and who cooperate with law enforcement. Granting a U-visa immediately changes the outlook of life for immigrant women who have been victims of abuse. Principally, it dissolves the fear of deportation and grants the right to legally work, empowering the victim through economic independence, commonly another chain that ties a victim to the abuser.

The most recent VAWA reauthorization bill, S. 1925, introduced by Sens. Patrick Leahy (D-VT) and Mike Crapo (R-ID) in November of 2011, expands the number of U-visas available while also adding crucial protections for Native American women and gay and transgendered individuals. These groups are also subject to particular challenges which VAWA seeks to remedy. According to the National Congress of American Indians, violence against Native women has reached epidemic proportions. Many cases go uninvestigated because federal laws force tribes to rely on far-away federal and state government officials to investigate and prosecute crimes committed by non-Indians. VAWA will allow tribal courts to prosecute non-Indian perpetrators of domestic violence that occur on reservations.

Likewise, recent studies indicate that domestic violence in the gay and transgender community is a significant problem, but these victims often have difficulties accessing crucial protection services such as a shelter. The antidiscrimination provisions in VAWA address this problem by maintaining that all service providers who receive federal funding cannot turn away a victim due to their sexual orientation or gender identity. In essence, this provision enforces one of VAWA’s major strengths: its sensitivity towards the adversities that vulnerable groups must overcome as survivors of domestic violence.

Partisanship threatens the Violence Against Women Reauthorization Act of 2011-2012

Even though VAWA is proven to reduce violence, foster greater trust with law enforcement, and increase the effectiveness of prosecutors and courts, the proposed law has become hostage to the current Congress’s hyperpartisan environment.

When the third reauthorization of VAWA, S. 1925, came before the Senate Judiciary Committee for review this past February it faced its first real opposition. Sen. Grassley, for example, found multiple provisions he objected to, including protections for same-sex couples, increasing the number of temporary visas available to battered immigrants (arguing that it would increase overall immigration to the United States), and efforts to address tribal and rural communities. In the end, however, the bill passed the full Senate on April 26 by a vote of 68 to 31, including 15 Republicans voting in favor.

But the fight over VAWA isn’t over, and it has now moved to the House. Rep. Sandy Adams (R-FL) drafted the House version, a far more regressive proposal than its Senate counterpart. The Adams bill not only rejects the smart new protections for gay and transgender and Native American victims adopted by the Senate, it also eliminates long-standing critical protections for immigrant women who are the victims of crime and abuse.

The Adams bill would dismantle the U-visa process by, among other things, effectively eliminating the confidentiality provisions that are so critical to encouraging victims to come forward and cooperate. It would also eliminate the provision in current law that authorizes victims with temporary U-visas to receive permanent protection through green cards. Gutting the U-visa protections will result in less cooperation with law enforcement, fewer prosecutions, and allow abusive criminals to endanger public safety.

The Adams bill is scheduled for consideration in the House Judiciary Committee in early May with a final House vote expected by mid-May.

Congress should reauthorize VAWA with full protections for all groups

For women in America the strides made in the past two decades are essential in moving toward a society that values equality and a legal system that reflects it. These gains will not be relinquished without a fight.

Since VAWA was first enacted its approach to end domestic violence and crime has never been one dimensional. It never sought to exclude certain groups, because the reality is that anyone can fall victim to abuse. Without VAWA, necessary tools for law enforcement and service providers, such as funding for training, education programs, and local and national campaigns to raise awareness will be lost.

Law enforcement across the nation has firmly supported VAWA and praised its inclusion of marginalized groups. In a letter to Congress, 54 U.S. attorneys general described training and programs aimed at both prevention and intervention that are critical to continue to make progress and save lives. Statistics repeatedly demonstrate these groups experience crime and domestic violence at a higher rate. Native American women are more than 2.5 times more likely to be a victim of sexual assault than the average woman in the United States. Likewise, a New York City government study found that 51 percent of intimate partner homicide victims were foreign-born, while 45 percent were born in the Unites States. Law enforcement at all levels realizes that by protecting the most vulnerable victims, violence is significantly reduced in entire communities.

VAWA has never been a partisan issue, nor should it become one now. VAWA’s purpose is to create a fair and just system where both genders are treated and protected equally. It is a matter of ensuring all victims of violence are protected and ending the cycle of violence by upholding basic human rights, no matter one’s sex, orientation, or legal status in this country.

Norma Espinosa is a Legal Assistant for the American Progress legal counsel.

*In this column, “gay” is used as an umbrella term to describe people that identify as gay, lesbian, or bisexual.

Helping Latino and low-income students take it step-by-step towards their "BigFuture"
Comment
International campaign to stop rape used as a weapon of war launches in Cartagena, Colombia