Guest Voz: Surviving Mother Nature’s trifecta in Nicaragua is a matter of faith 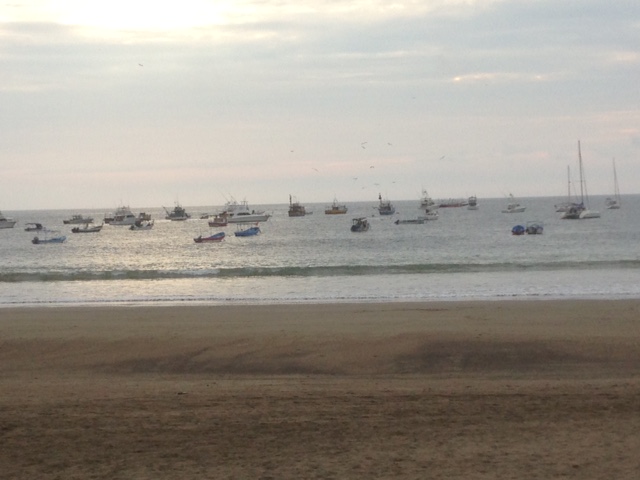 I say this as a non-Christian. I’m non-religious, but spiritual. I respect others’ choices, as long as they are respectful. I believe in the power of prayer, or positive energy. I’m a Reiki Master. While I cannot scientifically explain it, I recognize that distance healing works.

So that’s my take on Hurricane Otto. It’s 6 a.m. All quiet on the western front of the eye of the storm. It was expected to hit my little beach town on the Pacific last night. It veered a bit farther east, to Liberia, Costa Rica.

All through the night, I was awake, listening to the wrath of the storm. I periodically checked my Facebook and e-mail accounts, and was amazed that we never lost our electricity, not internet. Keep in mind, that’s a pretty daily occurrence here. We lost water for about five hours. Usually, our water dries up mid-day till mid-afternoon. So going off in the middle of the night was unusual. Even more unusual was that it came back on by itselt, without my landlord messing with the valves.

I love the sound of the rain. When it drizzles, I enjoy the feeling of it gently refresh and tickle my body. I have a metal roof at home, and the patter of heavy rains are welcome sounds.

Last night, I sat in my apartment room with its zinc roof. The kind that floats on top of the four walls without making real contact. A natural “air conditioning.” There’s no insulation, either. So the sound is magnified. Usually I sleep to the beats of the rain. Not tonight.

Otto was a Category 2 hurricane. It was downgraded when it hit Nicaragua’s Caribbean coast yesterday morning. It wasn’t until 6 p.m. that we got our first rains on the Pacific. Having lived through Hurricane Andrew in South Florida, and doing my fair share of Crisis and Disaster Preparedness work, I set out yesterday to buy supplies. I went to the hardware store and bought heavy black plastic and affixed it to my bedroom window, and our open air gate made out of rejas, that doubles as the front of our living space. Water still seeped in, but no flooding in my room.

Back to the blessings.

Throughout the day, I chatted with the local townspeople, as I normally do. The response was unanimous. Albeit in their own words. Está en manos de dios. Jesus nos bendice. Que dios nos proteje.

In another hardware store, I see a nun. The first one I’ve seen in this town, after three weeks. I felt like asking, are you praying hard for all of us?

A few stores have a television set running in the background. I hear the upgrade from storm to hurricane. Then, Nicaragua has issued an Alerta Roja through Grenada and Rivas (the next town over from San Juan del Sur). Still, no response from the people.

They know their history. They recognize that we are one week away from the end of hurricane season. They also know that hurricanes rarely hit this far. 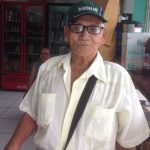 “We just get rain.” That’s what they all say. Electricity may go out for a short time, one comments. Nothing more than the norm.

Then, I find an octogenarian. He’s wearing a baseball cap that says Jerusalem. He confesses that his trust in God is all that matters. And God has protected him from hurricanes in San Juan del Sur his entire long life.

The motto I heard during the hurricane we survived in Baja two years ago was, “the universe will provide.” It seems that most people have the same attitude here, too.

One of my new Facebook friends here in town is a young American ex-pat. She goes live on Facebook perched high with a nice view of the ocean. In the background is a siren with messages on auto repeat. Emergencia. Emergencia. Emergencia. Alerta. Evacuada a zones de arriba. It’s a tsunami. There was an earthquake a few hundred miles away. 7.2 on the Richter Scale.

“Estamos obligados a decretar alerta informativa de tsunami para toda la costa del Pacífico de Nicaragua“, Rosario Murillo, the country’s VP and spokesperson said. One of my local townswomen, a year younger than me, was the only casualty, so far. She died of a heart attack upon hearing these sirens.

A few hours later, I go to the beach. The usual suspects are there, playing beach volleyball. Others watch. The only difference is that the boats are closer to shore, and the many restaurants and shops along the oceanfront are closed.

I sit on a low riser and read my book. It’s extraordinarily peaceful. When I walk home, a few hours later, watching to not step in the already flowing waters in the street, I find it a beautiful evening. The rain is light, and cars or motorcycles driving down the road are almost non-existent.

With faith in Jesus, God, Guadalupe, or the Universe, we shall all prevail.

faith, hurricane, Nicaragua
Previous Post Without compromise, Trump and his team will learn all or nada approach creates only chaos
Next PostMexicans are migrating, just not across the US border

Without compromise, Trump and his team will learn all or nada approach creates only chaos
Comment
Mexicans are migrating, just not across the US border