Latina Lista: News from the Latinx perspective > Columns & Features > Guest Voz > Guest Voz: Why the Obama Administration Must Do More To Help Working-class Families on Housing

Guest Voz: Why the Obama Administration Must Do More To Help Working-class Families on Housing 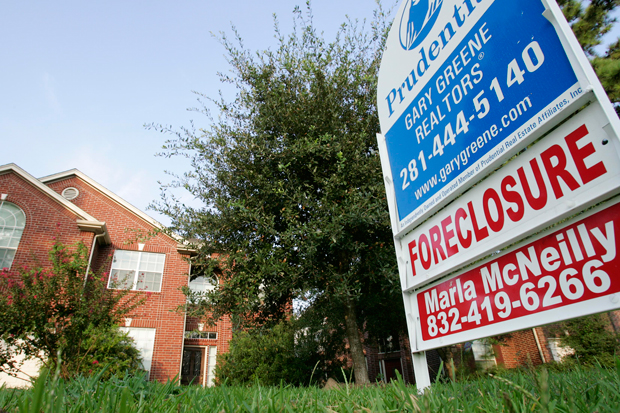 WASHINGTON- By many accounts, the economy is prospering again and the housing market is on the road to recovery. But, reality is nowhere near as comforting as fiction, and the facts point to a very different reality faced by working families and minority communities, especially in the barrios.

The Great Recession pushed millions of willing workers off the labor force, put many others in lower paying or multiple jobs, and communities are still reeling from assets lost. At a time when we should be discussing how to stimulate our economy and job growth, many policymakers seem to only want to discuss how to mimic European austerity measures.

The regressive nature of our economic recovery has not gone unnoticed in our communities. We hear it every day from friends and family members, and in Washington D.C. we see it in reports like the one issued by Joseph A. Smith, who heads the Office of Mortgage Settlement Oversight.

Mr. Smith oversees the agreement between 49 state attorneys general and the nation’s largest lenders to provide up to $25 billion in relief to borrowers who lost their homes to foreclosure. Yet, his report shows that many lenders are instead pushing homeowners to sell, resolving subordinated debt entanglements to drive owners toward short sales, and avoiding principal modifications at all costs.

More recently, attorneys general detailed how lenders grossly underreported the extent of their fraud and misdealing. There is no shortage of scathing reviews that show lenders dragging their feet on modifying mortgages, and regulators fumbling their responsibilities while trusting those very same lenders to police themselves.

The fact is that housing is hot again and investors want inventory. Which inventory exactly?

Those would be the homes that were previously or are currently owned by modest wage families and across many communities of color. There is also a big investor driven effort to commercialize renting. If you think that’s a good idea, ask working families in Providence, Rhode Island where it is all too common for families to spend, at a minimum, fifty percent of their take home pay on rent.

There’s no doubt that banks are working hard to settle liabilities to process more foreclosures, and many more homeowners that may yet lose their home as the allure of profits take hold. What is so frustrating is that there is so much the government could do to provide relief, like utilizing Fannie Mae and Freddie Mac for principal reductions and modifications, but holdovers of the Bush Administration refuse to act.

Indeed, regulators and agencies on the front lines of housing finance have so little diversity within their ranks that it is not even clear that they genuinely understand the plight of ordinary citizens, and especially minorities. That can be seen in proposed changes that would benefit Wall Street over Main Street, raise down payments and make it more difficult for anyone except the wealthiest to own a home. From policies that have already been approved like the Qualified Residential Mortgage rule to ideas like privatizing Fannie and Freddie, these all undermine the American Dream of homeownership that is so important to working wage families.

We need positive solutions, and increasing the inventory of affordable rental housing is absolutely important, but it should complement the policies that allow families to own a home, build roots in their community and depend on those assets for their children’s education, starting a business and retirement.

There are too many private interests actively lobbying to privatize the GSEs and therefore carve out the most profitable pieces, like multifamily, for themselves. At the same time, they want to shift the government guarantee from GSEs to instead guaranteeing large too-big-to-fail financial institutions.

We cannot allow the laws that helped build the post-WWII middle class, in part through homeownership, to disappear. Or worse, to turn the institutions and laws that help average and minority families own a home into yet another subsidy for Wall Street. It is too easy to forget that many of these laws and institutions that would be upended helped tear down redlining and the obstacles that prevented minorities from owning homes, and promoted community reinvestment and home mortgage disclosures that helped working families with little access to credit.

Now, those that would undo a generation’s worth of progress are cynically claiming that their efforts are meant to help minorities, but we know better.

Latino families are deeply interested in this discussion. And, while Treasury may have few officials that understand the plight of our community, we will continue to demand more accountability. Because we will not allow the aspirations of working wage and Latino families on credit access and homeownership to take a back seat to moneyed interests angling for a good return on investment. We simply cannot allow that to happen, again.

The above commentary was originally published through America’s Wire, an independent, nonprofit news service run by the Maynard Institute for Journalism Education.

Guaraní People vs. Repsol: The Importance of Indigenous Self-Determination
Comment
Children's Book Week celebrates youth literature but needs to do more to highlight authors of color