Guest Voz: Why this Mexican isn’t “even worried about Donald Trump” 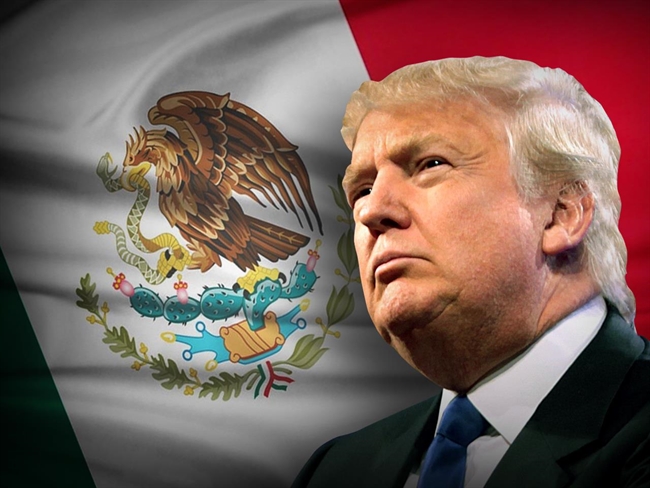 Yes, Donald Trump is probably the most irritating character in American politics in at least two decades. Yes, he has been at the top of the Republican polls for the last couple of months. Yes, he has been saying that Mexicans are rapists and drug dealers and that if he becomes president he is going to kick all “illegal immigrants” out of the United States.

As a Mexican, maybe this should worry me the most since remittances are our second source of income, which of course should be a source of shame for the Mexican government.

Yes, he is a misogynist and a racist. He is all that and más.

But let’s go back to the point I want to focus on: I am not worried about Donald Trump becoming president of the US and I have pretty good reasons.

As I mentioned before, Trump has been at the top of the Republican polls, but the definitive date for the presidential primaries is not until next July.

With this in mind, and the fact that according to the CNN polls, his support among Republicans dropped by eight points, we can expect that Trump is going to go flat in just a couple of months.

Well, after all, he is like a character. His appearances give networks solid ratings and every time he says something, even more polemic than the time before, the websites get clicks…and that is your way of life if you are a media enterprise.

Because Trump is a showman, and while this could mean he could actually win some primary and caucus states — in the case everything goes wrong with the other Republican contenders — and he ends up as a presidential candidate, I will be even less worried.

Because even though there are some lost Latinos that support him, the truth is that any candidate who is willing to win, has to count on the Latino vote — And he won’t have it!

In addition, Americans don’t like extremists, mostly in politics.

I remember when my American brother-in-law told me, “I would vote for Bernie, but he is a socialist and he would never be president because of that, so I will vote for Hillary.” In extreme conditions like this, most of the undecided voters will go for the Democratic option (as long as it is not Sanders).

So, I’m not worried at all about those 11 million Mexicans that left our country to find better opportunities that we couldn’t give them.

Donald Trump will never be president of the US and most likely won’t even be the Republican candidate.

Contributor Marcela Figueroa has worked as content manager for several media enterprises in Mexico City. She specializes in politics and mostly on topics related to drug trafficking, violence and criminality.