Open letter to Trump & Congress: Where is the assistance for Hurricane Maria’s victims? 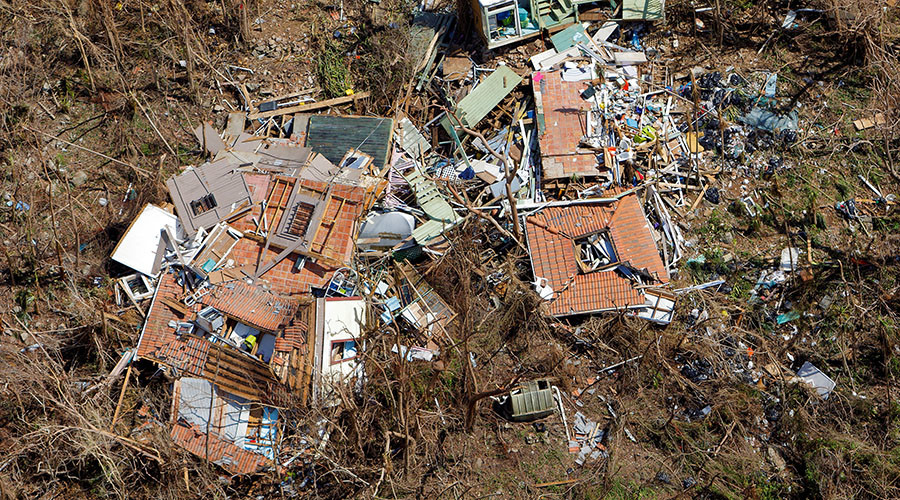 Our nation has been rocked by three catastrophic hurricanes over the past five weeks.  This rash of disasters has taxed the nation’s capacity to respond and provide assistance.  Nowhere has this has been more evident than in our slow reaction to provide assistance to our fellow Americans living in Puerto Rico and the U.S. Virgin Islands in the aftermath of Hurricanes Maria and Irma.  NRDC demands that President Trump and Congress take immediate action to address what is rapidly becoming a humanitarian crisis of epic proportions.

Fourteen days have passed since Hurricane Maria first made landfall in the U.S. Virgin Islands and Puerto Rico, yet Congress has failed to make any new funding available to cope with this unprecedented disaster. Fourteen days after Hurricane Harvey made landfall near Corpus Christi, Texas and two days before Hurricane Irma made landfall on the mainland of Florida, Congress passed and President Trump signed legislation making $15.2 billion in additional assistance available from FEMA, HUD, and Small Business Administration.  These funds provide immediate assistance to individuals to find food and shelter and cover communities’ costs for debris removal and initial repairs to critical infrastructure. But similar funds still await those dealing with the aftermath of Hurricane Maria and our nation’s efforts at assistance are falling short.

Federal assistance is even more critical to deliver to Puerto Rico and the U.S. Virgin Islands, as these areas are coping with the aftermath of Hurricanes Maria and Irma, both of which devastated these islands. These territories of the United States do not have the same financial capacity as Texas and Florida, and yet still have not received federal financial assistance made available to those states. Indeed, Puerto Rico recently had to enter into a process similar to declaring bankruptcy and was already struggling to provide adequate public infrastructure and services to its residents prior to these storms. These areas are further hampered geographically, as these islands are more than 1,000 miles from the mainland United States, making it even more difficult to get supplies to those in need and, being islands, those affected are could not evacuate elsewhere.  The scale of devastation surpasses even the catastrophes that have befallen Texas, Florida, and other portions of the southeastern United States from Harvey and Irma.

The following actions must be taken immediately by Congress and President Trump’s administration.

Mobilize the U.S. Armed Forces to provide immediate and essential support for logistics, aid distribution, rescue, and recovery operations. To date, the administration has committed our military in a piecemeal fashion, in stark contrast to the military’s intervention in past disasters, domestic and abroad. The U.S. military is an essential component of the nation’s response to catastrophic disasters. No other force can match their capabilities to quickly and efficiently deploy tens of thousands of highly trained men and women, provide desperately needed helicopter, aviation, and heavy lift capabilities, quickly establish logistical support across a dispersed area of operations, and begin to provide essential local services including water, sanitation, power, and communications.

But to date, the American military awaits a clear directive from the Commander in Chief to come to the assistance of Americans in need. Even in the aftermath of Hurricane Katrina, a storm that is not seen as a model for U.S. disaster response by any means, the 82nd Airborne Division deployed to New Orleans within days of the disaster.  Task Force All American was created days after that to coordinate the efforts of a wide array of active U.S. military units arriving on the scene to provide security, distribute aid, and establish logistical assistance.  In the aftermath of devastating earthquakes in Haiti in 2010, the U.S. military was also decisively deployed, with 8,000 troops en route within two days and 33 ships and 22,000 troops deployed within two weeks.

Sadly, the response in Puerto Rico and the U.S. Virgin Islands to Hurricanes Maria and Irma falls short of our nation’s past efforts and falls far short of our capabilities, leaving much of our disaster response assets watching from the sidelines.  This must be immediately remedied by our Commander in Chief.

Congress must authorize an immediate aid package for those affected by Hurricanes Maria and Irma. Federal agencies are already pushed past the breaking point by Hurricanes Harvey and Irma. Congress quickly passed a special appropriation of $15.2 billion for FEMA, HUD, and the Small Business Administration to provide to those affected in those storms.  Now, 28 days after Irma and 14 days after Maria devastated areas that are home to 3.5 million Americans, no similar assistance has been provided for Puerto Rico and the U.S. Virgin Islands.  Congress must make immediate financial resources available.

President Trump should immediately issue an Executive Order directing all federal agencies to follow the Hurricane Sandy Rebuilding Strategy as they begin to plan for the long-term recovery and reconstruction of areas affected by Hurricane Maria, as well as Hurricanes Harvey and Irma.  This strategy emphasizes the need to not simply rebuild, but to do so in a way that makes these areas more resilient and better able to withstand future disasters of a similar, if not greater, magnitude.  The work of developing a multi-agency and multi-pronged approach has already been done, federal agencies have been implementing it for four years, and it would be an unnecessary delay to go back to the drawing board. Furthermore, local community input is integral to the success of any long-term recovery effort. It is essential that local community members be engaged early on in the planning process and that a bottom-up design and scoping process be part of the recovery process, as HUD deployed in the successful Rebuild By Design and the National Disaster Resilience Competition. Such an approach is consistent with the U.N.’s Sendai Framework for Disaster Risk Reduction, which the United States is a signatory to.

President Trump should issue an Executive Order establishing a multi-agency rebuilding Task Force to address the different challenges presented by those affected by Hurricanes Maria, Harvey and Irma. The areas affected by these storms differ dramatically in their capacity to address the challenges of these storms.  For example, Texas has a $10 billion “rainy day fund” while Puerto Rico has crushing debts that pre-date Hurricanes Maria and Irma.  This is just one example of the widely differing conditions that the affected areas are now operating under. A federal Task Force should evaluate the differing capacities in the affected areas and provide adequate assistance to meet these areas’ unique needs.

Our slow response must be remedied, immediately, with decisive action to meet the short-term needs of the 3.5 million citizens of our country who require the nation’s assistance.  This call to action is made with recognition of the peril facing our fellow Americans and with the knowledge of the ability our nation has to respond with humanity and decisiveness when its citizens are in peril.

In the coming weeks and months, the nation will need to commence the laborious and thoughtful process of helping these areas recover for the long-term, as well as those portions of Texas, Florida and other areas of the southeastern United States similarly impacted by Hurricanes Harvey and Irma, not to mention those who live in the areas that have been part of 41 federally declared natural disasters in 2017.  NRDC will be calling on the administration and Congress to re-evaluate the way we rebuild and recover from the growing number of floods, tropical storms, wildfires, droughts, and other natural disasters that we now experience on an all too regular basis.

These events are occurring more frequently and causing greater damage than ever before and no area of the country is immune.  The way we prepare for and respond to future disasters must change and NRDC will be a vigorous and active participant in that national debate.

But at this moment, our focus must be on providing immediate care and assistance to those whose lives are now dependent on swift and decisive action from our federal government, which has a responsibility to meet the needs of all its citizens.

Featured Photo: Hurricane Maria devasted the islands of Puerto Rico and U.S. Virgin Islands leaving destruction and an uncertain future in its wake.

Rob Moore is a senior policy analyst with the water program with the National Resources Defense Council (NRDC). Adrianna Quintero is senior attorney and director of partner engagement at NRDC, as well as, the founder of NRDC’s Latino outreach efforts and the cofounder/director of Voces Verdes.

Congress, disaster relief aid, politics, President Trump
Previous Post How US gun control compares to the rest of the world
Next PostTrump Urged to Renew Advisory Panel on Improving Education for Hispanics