Latina Lista: News from the Latinx perspective > Local News > Midwest > César Chávez “Together we can!”

César Chávez “Together we can!” 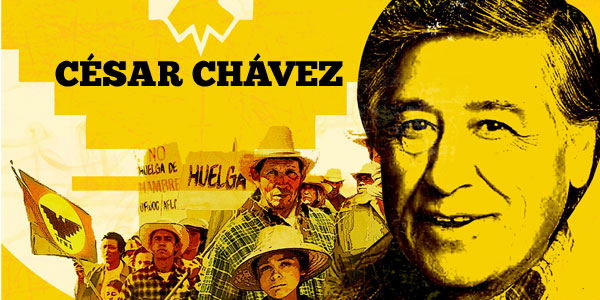 It has been 21 years since the passing of one of the most historic and iconic Latino-American heroes—César Chávez. Considered by many to be the Latino-American Martin Luther King, Chávez inspired and fought for farm workers’ rights through non-violent means. Together with Dolores Huerta, he co-founded the National Farm Workers’ Association.

For 30 years, no one was able to pull off that perfect movie that captures the charisma, spirit and essence of Chávez, until now. The César Chávez Foundation and his family chose Diego Luna to be the one who brings light on the matter by directing a Hollywood-produced movie about his work called “César Chávez: History is Made One Step at a Time.”

“When we met him we were concerned how Diego Luna will portray my father, who is from Mexico City and not Michoacán. The thing that impressed us is that he came in and asked questions and he listened. He wanted people to talk to him. We were impressed that he was prepared to listen,” said Paul F. Chávez, César Chávez’s son and president of the César Chávez Foundation.

Before Luna came along, Robert Redford’s Wildwood Productions approached César Chávez in the late 1970s. Chávez simply said, “Thanks, but no thanks,” said Paul F. Chávez.

Finish reading César Chávez “Together we can!”