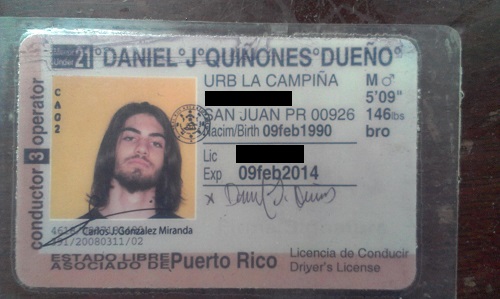 Daniel Quiñones had not been in the United States for more than a couple of weeks before he faced the fear held by every young adult peddling a fake ID – a bouncer checked his license and turned him away from the bar. The only problem is that Quiñones is 23, well past the legal drinking age, and presented a license from Puerto Rico, which is valid form of identification, similar to an out-of state license.

The reported incident raises the question regarding a business’s responsibility to be able to serve patrons of all cultures and the importance of cultural sensitivity on the job.

Quiñones, formerly a student at Universidad de Puerto Rico, Rio Piedras in San Juan, had recently moved to the United States and was looking to have a fun night out with friends in Hartford. When he presented his license to enter the Pig’s Eye Pub, the bouncer allegedly told him that he needed another form of identification and asked to see his passport, which he did not have.

Quiñones recounted the incident, saying that after presenting his license, the bouncer said he did not recognize it, so he was unable to prove that it was real.

“I was last in line behind my friends and showed him my ID, it’s a valid Puerto Rican ID,” Quiñones explained.

Licenses from Puerto Rico, as well as from territories like American Samoa, Guam and the U.S. Virgin Islands, are in the same standing as an out-of-state license, according to the Department of Motor Vehicles.

More than anything, Quiñones said he was disappointed by the incident, especially since he had experienced no problems when he presented his license at the nearby club.

Without his passport on him, Quiñones had no choice but to leave with his friends and take their business elsewhere, rather than taking up the issue with the manager.

However, Joyce Bolaños, the mother of a friend Quiñones had gone out with that night, felt something needed to be said. When she called the manager of the bar to resolve the issue, she claimed she was met with more “ignorance…”