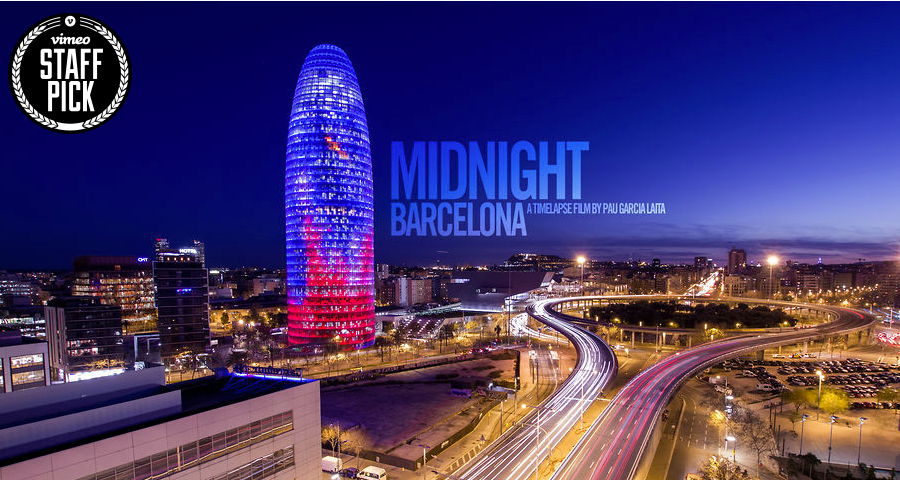 LatinaLista — Barcelona is the second largest city in Spain after Madrid. It’s the capital of the region known as Catelonia and is home to many artistic and architectural wonders such as La Sagrada Familia Cathedral and Casa Batlló.

However, these days one place that rivals the port city’s traditional sights is the local soccer stadium where the city’s successful soccer club, FC Barcelona, plays to sell-out audiences. With so much happening in this city by the Mediterranean, it’s not surprising that Barcelona too falls into the category of a ‘city that never sleeps.’

Its distinct architecture, its maze of highways and non-stop traffic paint a picture of a city proud of its place in history but forging a new modern identity. Filmmaker Pau Garcia Laita wanted to showcase this side of Barcelona in a dramatic and visually appealing way. He decided to film the city at midnight using timelapse photography.

Taking more than 20,000 pictures for the project, Garcia Laita spent from November 2012 to April 2013 working through the night to capture the life of Barcelona that springs alive when the sun goes down.