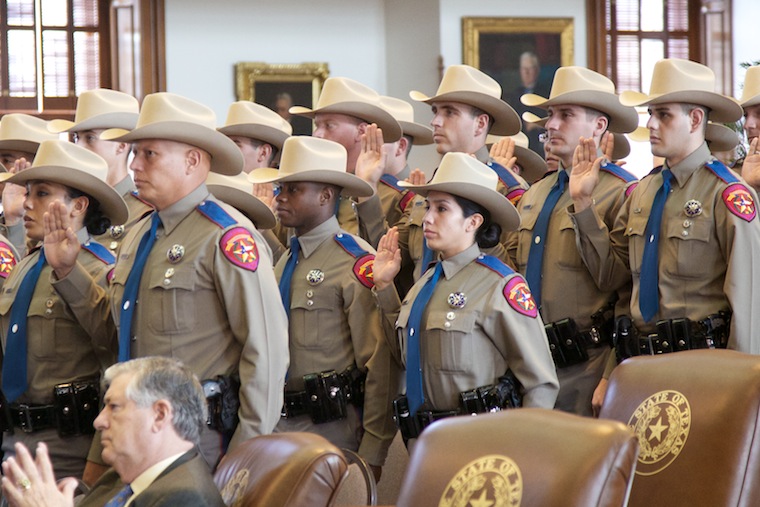 McALLEN, TX — Too many of the Department of Public Safety troopers assigned to the South Texas border region do not understand the local Hispanic culture and are unable to speak Spanish.

This is the view of state Sen. Juan “Chuy” Hinojosa and state Rep. R.D. “Bobby” Guerra. To help the troopers become better acculturated to the mores of the region, the legislators hope to secure funding during the next legislative session so DPS can establish a training academy in South Texas.
At present, all DPS troopers have to graduate from a training academy in Austin.

“We need a training center so our state troopers can become familiar with our communities, familiar with the culture, so they get to know the area. You cannot just bring troopers from Amarillo or Lubbock or Dallas to the Valley for two or three weeks and then rotate them out. Some cases in court are dismissed because the trooper does not show up in court. They have left the area and the case gets dismissed,” Hinojosa, D-McAllen, told the Guardian.

At a recent Senate Hispanic Caucus summit in Weslaco, Hinojosa spoke to the Guardian about the inability of many state troopers assigned to the Valley to speak Spanish. He said some state troopers will call Border Patrol for help after they have made a traffic stop because they cannot converse with the driver. He said they do not call Border Patrol to get them detained for lacking immigration papers.

“The information I have received from DPS and the reports I have seen really state that that is an exception to the rule. They do not call Border Patrol,” Hinojosa said. “They sometimes are close to Border Patrol and Border Patrol agents will come to where they made a stop and many times the person they stop does not speak English and unfortunately, the DPS officer is from another region of the state and they do not speak Spanish very well. It is an issue I have brought up with Commander (Jose) Rodriguez from the region and Director Steve McCraw.”

Guerra said that like Hinojosa, he has spoken to DPS Director Steve McCraw about establishing a training academy in the Rio Grande Valley. He said he came up with the idea…