For Some, San Francisco Latino History Began With Irish Songs 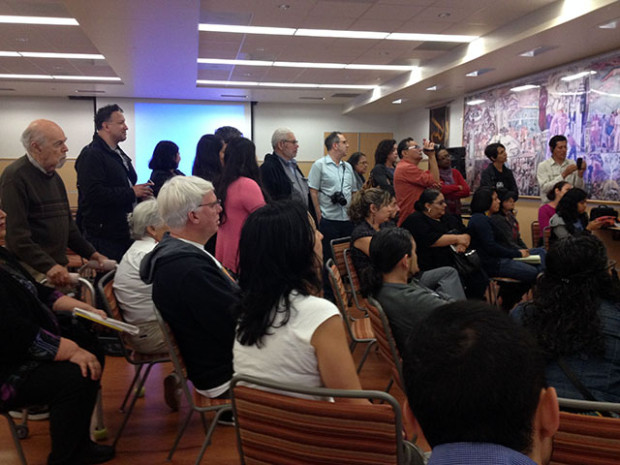 As a boy, Francisco Camplis acquired a repertoire of songs that would have served him well in Dublin. Never mind that Camplis, now 80 years old, was the son of two Mexican immigrants in SoMa. Like his compadres he attended St. Patrick’s School on Fifth Street and every St. Patrick’s Day they learned three Irish songs. “Never did we learn a Spanish song, a Mexican song,” says Camplis.

Camplis’s memories are part of a history of Latinos in San Francisco that is currently being compiled by the San Francisco Latino Historical Society. “None of our history was recorded,” said Anne Cervantes, an architect and owner of Cervantes Design Associates and founder of the two-year-old society. Cervantes was referring to the lack of Latino history in the city’s historical context statement—a document used by city planners.

Now, that oversight will be remedied. The society in a joint project with San Francisco Heritage is conducting a year-long project, collecting, vetting, and, eventually, publishing, the recollections of old-timers such as Camplis. The goal is to provide a textured look at the presence of Latinos in San Francisco.

Nor is it confined to the Mission District; while a recent resolution created the Calle 24 District to recognize the importance of Latino cultural influence in the Mission, Latinos initially occupied other neighborhoods—such as South of Market and North Beach.

At the society’s first meeting, Camplis—who, despite his Irish playlist, became one of the founders in 1970 of the Galería de la Raza on 24th Street—dug deep into the Latino roots in the city…

Featured Photo: Latino residents gather at City College on Valencia on a recent Saturday to discuss their history in San Francisco. Photo by Lydia Chávez