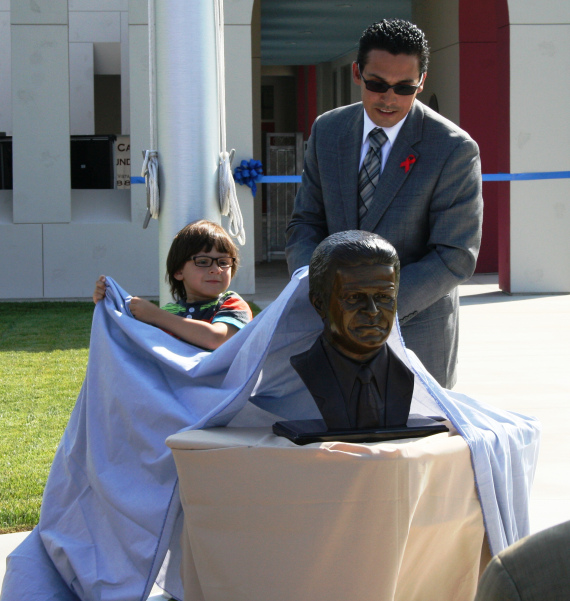 From San Ysidro to National City, most school districts in the South Bay started the new school year on Wednesday, July 24th.

Already lauded as an aesthetic and technological marvel, the school also sets a standard for energy conservation and efficient land use.

“With Camarena Elementary, we are creating a safe and supportive learning environment on what truly is a showcase campus,” said Anthony Millican, the school district’s communications officer. “The school was designed with flexibility in mind. The wireless capacity that we have in place here will set a standard for future connectivity on our campuses.”

The San Diego County Sheriff’s Department Color Guard opened the July 19 ribbon-cutting ceremony with a solemn presentation of the flags.

The Board of Education approved naming the school after Enrique S. “Kiki” Camarena, a former Marine, police officer and DEA agent whose death at the hands of a Mexican drug cartel in 1985 sparked what is now Red Ribbon Week in schools across the nation. The ribbon cutting drew a bevy of law enforcement officials including Sheriff William D. Gore and Chula Vista Police Chief David Bejarano.

“If you wanted creative children, you would want the school to be named after an inspirational person to serve as a role model for children and adults alike,” said Principal Dan Winters.

The Chula Vista Elementary School District expects more than 29,000 students to be enrolled this school year.

Approximately two-thirds of the students are Latino, Millican said.