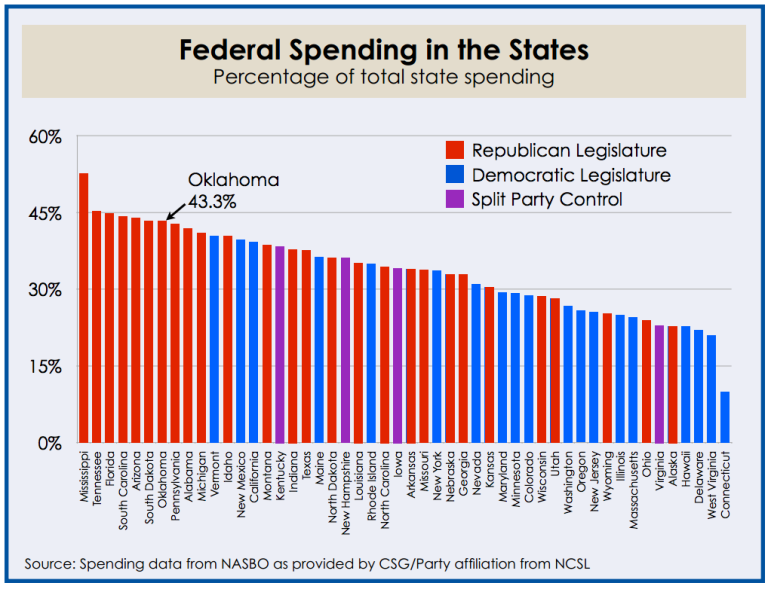 Oklahoma ranks seventh in the nation in its reliance on federal funding to supplement state revenue, according to calculations by State Treasurer Ken Miller.

Of each dollar spent by Oklahoma government during the 2011 fiscal year, more than 43 cents was provided by the federal government, Miller said in his latest Oklahoma Economic Report, released Friday.