Latina Lista: News from the Latinx perspective > Local News > U.S.-Mexico border > Things are getting better for both sides of the border

Things are getting better for both sides of the border 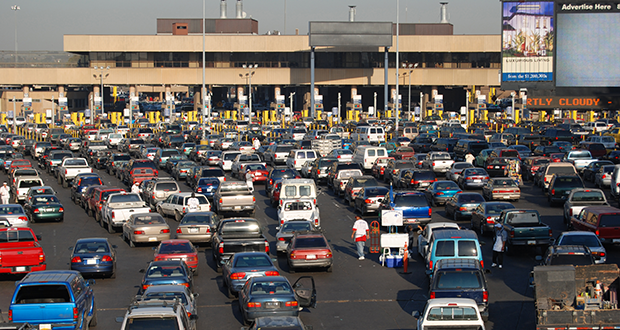 LAREDO, TX — Going to and from Mexico may get a little easier between the two Laredos, at least that’s how Congressman Henry Cuellar (D-TX28) perceives it.

In the last few days, millions of dollars have been appropriated adding to the equation, and Cuellar can only see good coming from the influx of federal monies for the area and that translates to money for Texas.

“We’ve appropriated $62 million to make sure our bridges in Laredo are more efficient to allow not only the commercial and non-commercial vehicles, including buses, pedestrians and private vehicles to come across.” Cuellar told La Prensa. “They’ll come in to Laredo, come in to San Antonio and other places where they’ll be spending money.”

At the same time, he recognizes that the immediate spending that comes into play.

According to Cuellar those coming over are spending money in stores, as well as hotels and restaurants. He adds that an untold number of jobs have been created because of the trade and business that we have with Mexico.

He added that even products that come from Mexico are included in American products and that he feels are good for the economy.

While the financial gains are there, the congressman believes the demagoguery that has surfaced in the ongoing primary political campaigns is detrimental. Cuellar said there are federal and state officials playing to voter base and trying to manipulate issues like the border by touting the area as violent and people coming in from Mexico are violent.

“When you look at it, the border is actually safer than Washington, D. C. or even in some Texas cities,” he said.
“In Laredo for example the murder rate per hundred-thousand, the last FBI statistics I saw, we had 3.3 murders per 100,000.”

“There are just unfortunately some people that make it very political,” he said. “They try to strike political points to their political base by trying to demagogue the border and that’s a disservice to the border because, guess what, we’re still part of the state of Texas are we not.”

Cuellar said that as long as you have public officials that are ignorant of the border, we’re still going to have that message going out.