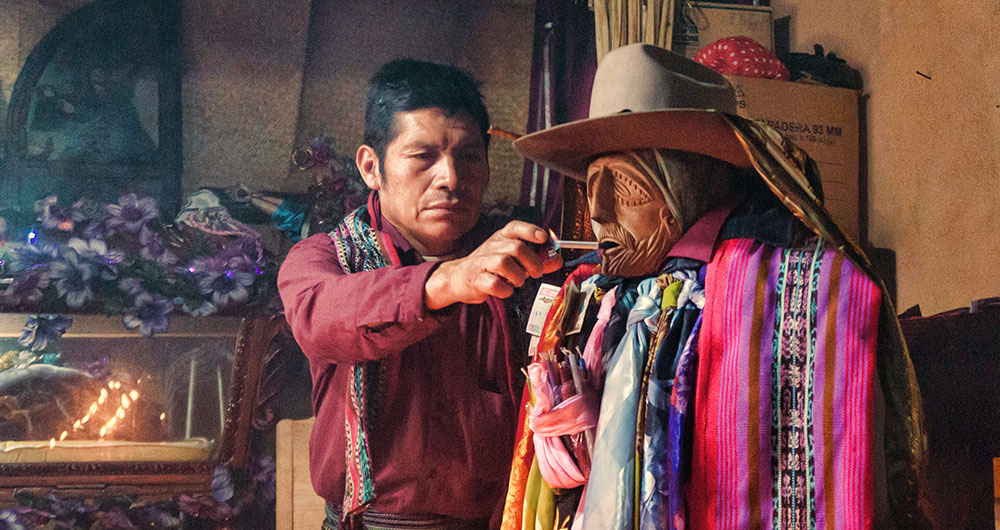 LatinaLista — The overlap of Christianity and Satanism is prevalent in Central and South America. It’s not unusual for people to honor their own saints who are a deliberate mix of evil and good. One such figure found in Guatemala is known as Maximón.

Maximón is an interesting character, a Maya deity who personifies good and evil simultaneously. Also known as San Simeon, this saint is most often seen with a lit cigarette wedged into its painted mouth, smoking beneath a pair of dark sunglasses and a cowboy hat strategically placed on top of his head.

The figure of Maximón is a common sight in Guatemala where his followers both revere him — it’s said that he grants the wishes of those in need and has the power to turn their lives around — and fear him — as generous as Maximón is, he can also cast vile curses that can cause people to die.

It also seems the Maya deity has the power to reach across the ocean too.

Twenty-five years ago, London filmmaker Robert Flanagan recounts that for no reason he decided to create a figure with old clothes, sunglasses, a cowboy hat, a cigarette and a can of beer. As soon as he made it, he forgot it. It was only on his first trip to Guatemala 25 years later that he was dumbstruck when he saw a figure closely resembling what he had created as a youth all that time and distance ago.

As he shares, “I really had no choice but to make this film.”

Maximón – Devil or Saint is a documentary that took Flanagan and his wife ten years to complete. Researching the legendary deity and interviewing both supporters and critics of the saint, Flanagan created a film that for him has been a labor of love, as well as, discovery into ancient Mayan’s belief of cosmovision — the belief that everything co-exists in the universe.

In early February, Flanagan and his wife premiered the documentary in Antigua, Guatemala. The plan is to travel the lecture circuit at US universities and spark conversation around a deity that is steeped in controversy.