Latina Lista: News from the Latinx perspective > Media > Videos > Video: Getting the story out to all about the heroics and bravery of the only Latino-segregated Active-Duty military unit in US history

Video: Getting the story out to all about the heroics and bravery of the only Latino-segregated Active-Duty military unit in US history 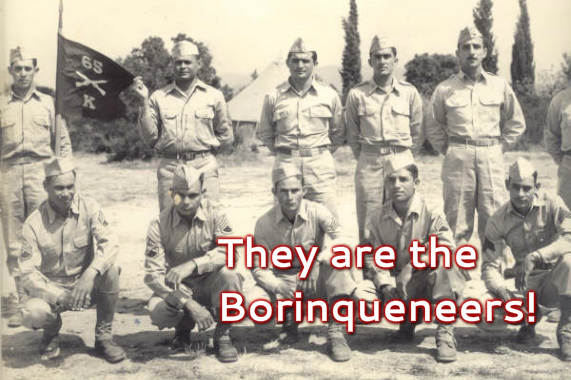 LatinaLista — They were officially known as the 65th Infantry Regiment. Yet to their families and friends they were the Borinqueneers — “the only Hispanic/Latino-segregated Active-Duty military unit in US history that played a prominent role in the American military, participating in three major wars (WWI, WWII, and the Korean War).”

The regiment was comprised mainly of Puerto Rican Americans, with a few soldiers of other Latino origin and even European American soldiers within the ranks. Among them, the group of soldiers racked up an impressive amount of medal distinction — 10 Distinguished Service Crosses, 258 Silver Stars, 628 Bronze Stars, more than 2700 Purple Hearts,

Yet, there is one medal that eludes this brave group of Latinos — the Congressional Gold Medal (CGM). Considered the highest honor bestowed on US citizens, the Borinqueneers, with all their courageous valor and medals to prove it, have been waiting on the sidelines all these years as their peers — the Navajo Codetalkers, Tuskeegee Airmen, Montfort Point Marines,etc. — each achieved the dream of being recognized in Washington with the Congressional Gold Medal.

Some in the Latino community believe the Borinqueneers shouldn’t have to wait any longer. As more and more soldiers from the regiment pass away, time is literally ticking for these men who instilled fear in their opponents on the battlefield for being known as not giving up a fight.

To help the Borinqueneers receive the distinction they so rightfully deserve, Frank Medina, an Iraq War Veteran and West Point graduate, launched the Borinqueneers Congressional Gold Medal Alliance in October 2012. The Alliance released the featured film to enlighten everyone about the accomplishments of the 65th Infantry Regiment and why they deserve the GCM.

In addition to the Alliance fighting on their behalf, the Boriqueneers received additional encouragement from the Infantry Regiment CGM Bill H.R.1726 which was co-introduced by the Resident Commissioner of Puerto Rico, Representative Pedro Pierluisi, and Representative Bill Posey of Central-Eastern Florida.

Since the introduction of the bill, the quest to get this regiment recognized has taken on more intensity. Recently,the Alliance partnered with Xiomara Sosa, founder of You Are Strong!, a provider of information on health and human services to veterans, which will work together with the Alliance to “facilitate necessary resources to take the initiative further through the Congressional process.” (Disclaimer: You Are Strong! is a partner with Latina Lista in the National Hispanic Veterans Advocacy Network.)

According to a press release issued by the Alliance:

The 65th Infantry Regiment Congressional Gold Medal will bring Hispanic/Latino Veterans into the national spotlight where they deserve to be and will greatly promote the contributions of Hispanics/Latinos in U.S. history, thereby offsetting the negative, degrading images portrayed in public media outlets.

Representative Pedro Pierluisi and Representative Bill Posey co-introduced House of Representatives Bill H.R. 1726 on April 25th, 2013. The bill has accrued 43 Co-Sponsors so far as we aim to reach the needed 290 more in our mission to achieve the Congressional Gold Medal for the 65th Infantry Regiment, the historic Hispanic/Latino unit.