Video: Latino social entrepreneur maximizes the online space delivering relief to disaster victims and access to education and literature for the underserved 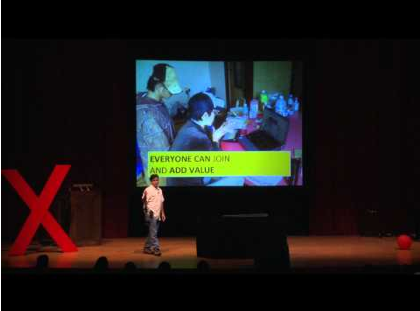 LatinaLista — “Society is made by people and so why does society fail so miserably meeting the needs of people?”

That is the question social entrepreneur Carlos Miranda Levy asked his audience during a TEDx talk in Chicago in May 2012. Miranda Levy, named in 2000 by CNN as one of the 20 Latin American Leaders of the Internet, explored the answer to the question he posed his audience and it took him around the world. When he finally discovered the answer, he realized he would have to change his approach as to how he “helps” people and combine two worlds in the process — both offline and online.

Today, Miranda Levy is the founder of several online social good ventures: Relief 2.0 — “Delivery of effective Disaster Response through participative local engagement and social media;” Educar.org — Educational portal and collaborative learning community that engages teachers, students and everyday people throughout Latin America and the Caribbean; BibliotecasVirtuales.com — Digital library with thousands of classic and contemporary texts and an active virtual community of writers and readers that publishes original texts in three languages and provides access to public domain or authorized texts; and Civila.com — Network of Latin American virtual communities and digital cities where people participate each month with active discussions on economic and human development.

Miranda Levy explains how he uses social media to harness the good will of people to meet the needs of those victimized by natural disasters.