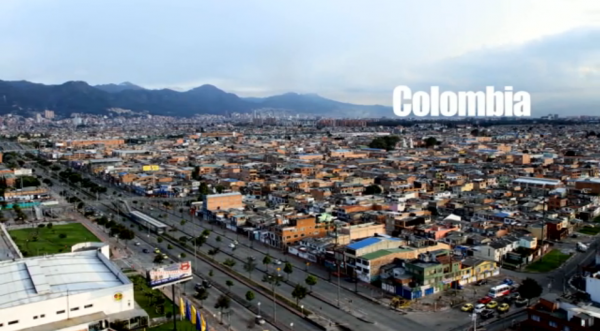 LatinaLista — Timelapse video isn’t anything new but when it’s combined with meditative music and images that reflect both a hustling city with serene images of nature the end result is a piece of cinematography that transports the viewer to another level.

At least, that’s the impression with a very simple, almost tourist-guide video of Colombia. Filmed by a British filmmaker in love with the country, Colombia – Timelapse reflects the filmmaker’s affection for a country that is a textbook lesson in contrasts.

Filmed over the course of 4 weeks, the filmmaker admits to being nervous about filming some of his video since he had to stay in one spot for over an hour to capture the necessary images and knew that he would be a perfect target for opportunists wanting to target him.

Luckily I had my father-in-law and new camera assistant Moises – He even took a small baseball bat along with him on an evening in Bogota! In the end we weren’t troubled at all and I’m so glad I managed to capture so many great images — Filmmaker Ed Beck of MB Films.

The film was shot in Bogota, the Quindio region, including Armenia, Melgar, Manizales and Pereira.