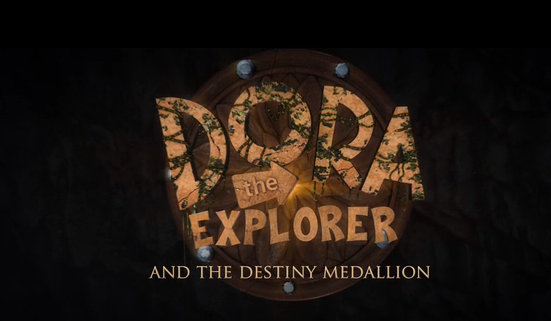 LatinaLista — Who has a bowl haircut, a purple backpack and a monkey with red boots as her best friend? If you guessed Dora the Explorer, you’re right. On the air since 2000, one of the first bilingual animated characters on television has been responsible for introducing preschoolers and their parents to Spanish and Latino culture.

So, it seems almost sacrilegious to make fun of such an iconic cartoon character — if it wasn’t so funny. The site CollegeHumor has dared to bring Dora to life in a three-part web series that takes Dora to a seedy Colombian bar where she more than holds her own among some shady characters.

She’s joined by her trusty friends Boots, the gun-toting monkey and Diego — all grown up — on an adventure that has Dora posing her infamous question to the camera: Can you solve the puzzle?

Ariel Winter, the youngest daughter on the ABC sitcom Modern Family series, captures the spirit of Dora amid adventures that can only be appreciated by her fans who have outgrown the cartoon version.