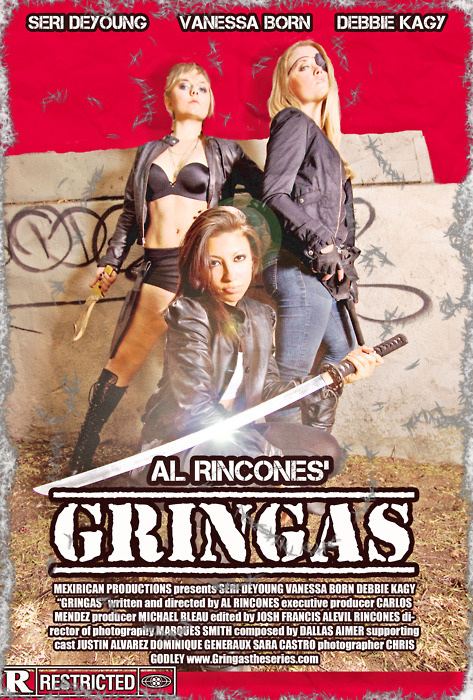 LatinaLista — While the opening fight scene in this episode of the webseries GRINGAS is a little over the top — actually, way over the top — this campy dra-comedy makes you wish these “bad-ass gringas” really did exist.

Gringas is a mini web series about three female assassins traveling across South America killing drug lords. The series is produced by MexiRican Productions and has been online for a couple of years.

A cross between the films Taken and Charlie’s Angels, the series has just enough violence and gore to appeal to those who like blood and guts but not enough to fully turn off the more sensitive.

With everything that is happening in Central America, too bad these women aren’t really out there fighting the good fight. Lord knows Central America needs them.