Latina Lista: News from the Latinx perspective > Life Issues > Environment > An international beauty pageant where everyone’s pet cause is the environment 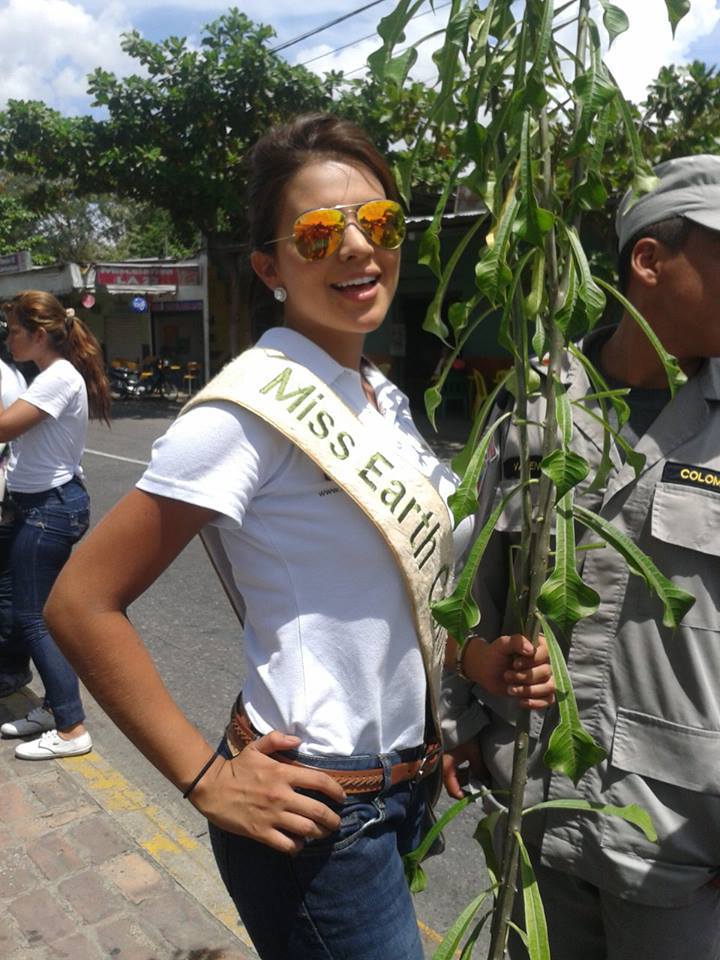 LatinaLista — It’s reported that there are about 100,000 beauty pageants held each year in the U.S., attracting more than 2 and a half million girls and women to vy for a chance to win the sparkly crown or decorated sash.

From toddlers and teens to college co-eds and married women, there’s a pageant for everyone — of every age. Contrary to public opinion, not all pageants are solely about a girl’s looks or figure. There are pageants that have a special focus.

Some pageants award scholarships and there’s one in Israel that even recognizes survivors of the Holocaust — the winner of the recent second annual Miss Holocaust Survivor was 94-years-old.

But there is one beauty pageant that really wants to leave its “heel print” on the world — The Miss Earth Pageant.

Unlike other pageants where girls prepare by practicing for hours how to walk in high heels without falling, smiling and answering judges’ questions intelligently, the Miss Earth Pageant has one more requirement of its contestants. Each girl is required to get involved in protecting the environment.

Established in 2001 with the intent to be a pageant featuring “beauty with a cause,” the organizers of the Philippine-based pageant, which has over 60 contestants from around the world, wanted their winner to serve as the ambassador to worldwide environmental protection campaigns.

It means that each contestant must do more than pick out a pretty evening gown for the event. They must also create an environmental project. This year the pageant is aligning itself with the observance of the International Year of Water Cooperation.

Individual country winners are already doing their part for their local environment. Colombia’s Miss Earth candidate for 2013, Diana Carolina Ortegon, planted trees in her town of Girardot, to fulfill her project requirement of raising awareness about the environment.

A quick scan of the organization’s Facebook page shows that each country with a Miss Earth representative is involved in doing something for the environment in their countries — planting trees seems to be the most popular activity.

While the current Miss Earth, Tereza Fajksova, of the Czech Republic, has been busy traveling around the world participating in environmental causes, the countries sending a representative to the November pageant in the Philippines, have been busy crowning a new ‘crop’ of winners.

In addition to the Miss Earth title, contestants have the opportunity to be named additional title holders — Miss Air, Miss Water and, of course, Miss Fire — the basic Greek elements for matter.

Though beauty pageants aren’t attracting the attention of the public as they used to, one with such a worthy cause — even if it’s hidden by the foliage of traditional pageant trappings — deserves more attention, especially at a time when the planet’s resources are under siege.

To get everyone’s attention about the issue, it just may need a pretty face to send the message.