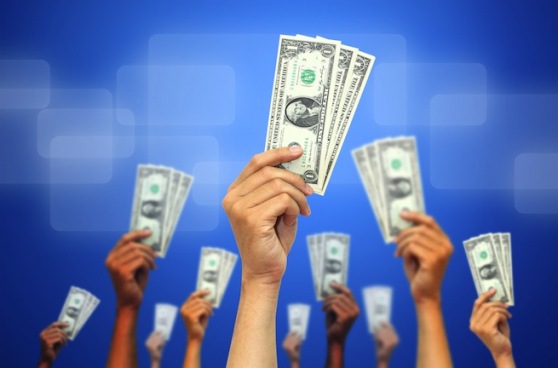 LatinaLista — When crowdfunding first arrived in cyberspace about eight years ago, most people saw it as another incarnation of the popular “Pay It Forward” movement.

Ordinary people pledging their own money to help out an entrepreneur, assist in developing the next smart-tech invention or support a good cause and actually get something in return, either in the form of the product itself or that good feeling that comes with helping others. According to an article in CrowdFund Beat, the United States now leads the world in hosting the largest crowdfunding platforms and raising the most money.

That’s welcome news for small businesses. Raising capital through crowdfunding campaigns has become an easier way to grow businesses for many entrepreneurs, especially minority entrepreneurs, than qualifying for a loan from their neighborhood banks or receiving money from venture capitalists or angel investors.

Crowdfunding is now seen in financial circles as being the “great equalizer” when it comes to minority and women-owned businesses receiving financial investment.

“Historically, many people who obtained (investment) funding came from wealthy families and had wealthy connections,” said Judd Hollas, CEO of EquityNet, an equity crowdfunding platform. “White males typically had preferential networks to aid them in their fundraising efforts. Minorities who have come from less advantaged financial backgrounds have had much more difficulty funding their businesses.

“Now, crowdfunding has opened the door to everyone who has a computer, a great idea, and a solid work ethic. Anyone can reach out to investors to obtain funding for their businesses. Everyone has equal footing.”

But there is still a difference.

While most people who respond to crowdfunding pleas are happy enough to receive a perk or be among the first to get a cool product, there are those who would like to be a part of that business’ future success by receiving equity, a percentage of ownership, in the company for their investment. Currently, only “accredited investors” qualify for what is known as equity crowdfunding.

Safe to say that not many Latinos or other entrepreneurs of color know investors who have that kind of money or are willing to invest in their businesses. Since entrepreneurs of color are subjected to a harder time securing small business loans and Silicon Valley venture capitalists are notorious for being “risk averse” in investing in companies founded by both people of color and women, equity crowdfunding opened to more than just accredited investors would be a boon to minority and women-owned businesses.

It’s something that has a real possibility of happening before the end of the year.

In April 2012, President Obama signed into law the Jumpstart Our Business Startups (JOBS) Act. The purpose of the law is to ease federal restrictions and allow more people to become investors.

Judd Hollas, CEO of EquityNet, whose company is a patented equity crowdfunding platform, sees the potential in the new law.

“When Title III of the JOBS Act goes into effect, nearly anyone who wants to invest in private companies will be able to do so. It will continue to greatly expand access to capital for hard-working entrepreneurs who want to see their businesses succeed. It will be pervasive across the world and highly disruptive to traditional capital providers like venture capitalists.”

Hollas sees it as a win-win situation for both investors and businesses. Hollas says the biggest advantage to equity crowdfunding is the superior rate of return. “An investor can acquire stock in a company at 1/100 – 1/1,000 the price of what they’re going to be at once they become public.”

Even without Title III of the JOBS Act implemented, Hollas and his team are already seeing Latinos take an active part in online investing.

“10.3% of our crowdfunders are Latino,” Hollas said. “They are raising capital for companies that span virtually all industry sectors from the neighborhood coffee shop to biotech companies.”

Who knows, maybe the next Mark Cuban will really be a Latino.