Latina Lista: News from the Latinx perspective > Life Issues > Women > Junt@s Vamos provides last hope for many women with cancer in Juarez. How to help.

Junt@s Vamos provides last hope for many women with cancer in Juarez. How to help. 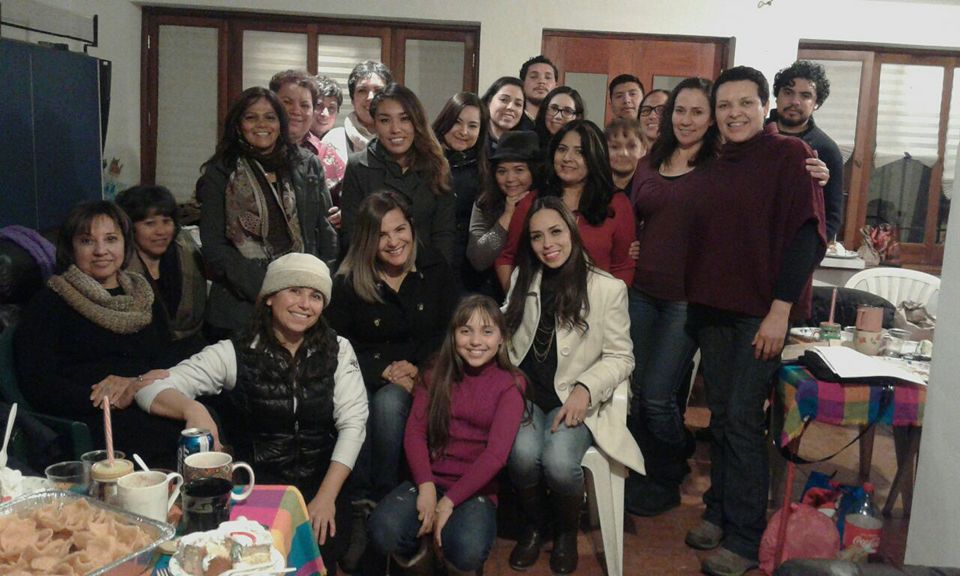 (Editor’s Note: The final installment in a series examining a preventable death sentence facing women in Juarez, Mexico. Read: Women in Juarez find themselves stalked by another kind of killer; The cancer-stricken poor of Juarez condemned to a “slow form of violence;” Women in Juarez battle cancer “in the company of others.” )

In group meetings and organizing, members of Junt@s Vamos stress the collective experience of cancer, providing an alternative to the dominant discourse surrounding the disease. They do not see cancer as it is often depicted – as an enemy that individuals must enter into battle with, one-on-one.   Instead they view it as “something in the world,” one of many challenges that they encounter — and not alone, but in the company of others.

Group members say that being a collective is their strength. Through support, information, and assistance from one another, they learn to accept their disease while continuing to seek treatment and strategies of living with it. Group members say that each person walks a distinct path with cancer and that others must respect their way of walking that path.

At the same time as group members see their struggle as interwoven with other collective efforts to confront injustice in their city and nation, they value their group autonomy and are cautious of becoming a symbol of something that others seek to use for their own ends. For this reason, they have not taken steps to become a non-profit organization. Nor do they accept government funds.

Nevertheless, group members have developed strong alliances with students and faculty at the Autonomous University of Juárez as well as Dr. Rocio Agauyo, the State Oncologist in Chihuahua. Junt@s Vamos receives its funds for outreach programs to poor colonias of Juárez and other programs from its members and donations received at the many fundraisers that they have held in Juárez and one in Las Cruces, New Mexico.

The Las Cruces fundraiser had its roots in a visit that we (Mary Alice Scott and Christine Eber) made to Junt@s Vamos on a Sunday afternoon in Juárez in the summer of 2015. After several hours listening to the group members recount their experiences with cancer and sharing some of our own with family members, we asked the group how we could help.

They decided that we could help by writing an article telling the story of Junt@s Vamos and helping them in future fundraising efforts. At a subsequent meeting with Cristina in Las Cruces, we made plans for a fundraising dinner at Mary Alice’s house.

With donations of food from Junt@s Vamos and the Las Cruces community and monetary donations from those who attended the dinner, enough funds were raised at the dinner to enable three members of Junt@s Vamos — Cristina, Marisela, and Bertha — to travel to Mexico City to obtain diagnostic screening to rule out recurrence of cancer.

Both Cristina’s and Marisela’s scans showed them to be free of cancer. Bertha’s scan showed a lesion, but fortunately it had not yet developed into a tumor and could be treated with radiation.

Bertha Alicia Ramírez is Rarámuri, an indigenous group from the Sierra in Chihuahua, many of whose members have migrated to Ciudad Juárez due to the extended drought in their region and the need to find employment.

Bertha leads a Junt@s Vamos outreach program providing information about cancer for Rarámuri migrants in their native language. Bertha also creates artisanry based on traditional Rarámuri artistic traditions. Through Junt@s Vamos she intends to sell her handiwork and help others in the group to do the same.

Mainstream media in Mexico and the U.S. pay scarce attention to death from cancer in Juárez, a city that has become notorious for death by violent means. We hope that by bringing light to the story of cancer in Juárez we can expand awareness of the broader conditions of life in the U.S.-Mexico border region, where our fates are ever more tied in the global economy.

How you can help: If you would like to donate to Junt@s Vamos, please select one of two options:  1) Send a check payable to “Sophia’s Circle” (a 501c3 organization in Las Cruces) with “Junt@s Vamos” in the subject line to 5249 Angel Fire Place, Las Cruces, New Mexico 88011; or 2) Go to http://www.weaving-for-justice.org/online-store/ and click “donate” at the bottom of the page. If you donate on-line, we ask that you send a brief email to weavingforjustice@gmail.com stating that you donated to Junt@s Vamos.

Ames to Zoar: 10 New National Historic Landmarks for 2016
Comment
Discrimination against loved ones harms health, too