Latina Lista: News from the Latinx perspective > Life Issues > Human Rights > The cancer-stricken poor of Juarez condemned to a “slow form of violence” 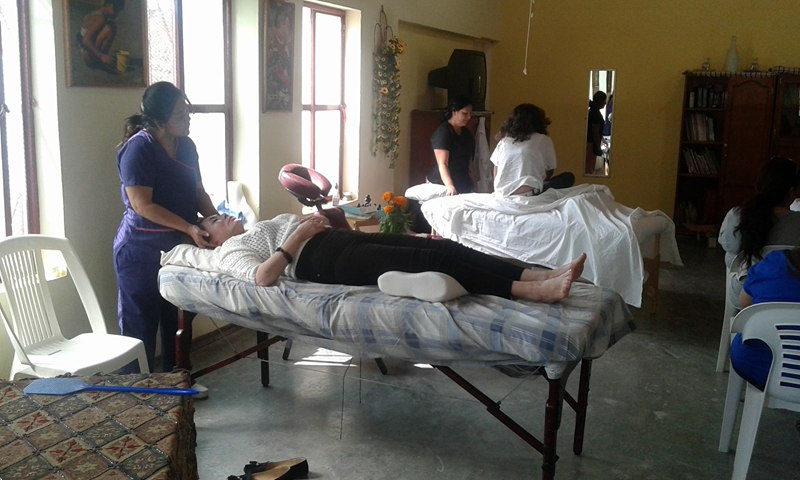 The month following Cynthia’s death, the five founding members of Junt@s Vamos searched for a place to meet and developed a mission statement which declares:

“We are a group of people in remission from cancer and are volunteers who give integral support to people with few resources during and after cancer treatment. We attend to the psychological, spiritual, emotional, and nutritional needs of people with cancer. We stress prevention and early detection of cancer and promote the organized participation of the community.”

Junt@s Vamos envisions a city and a nation where there are “no more Cynthias.” Through Cynthia, the group’s founders learned about the lacerating poverty that is the cause of most deaths from cancer in Juárez.

A 2013 Colégio de la Frontera Norte study found that Juárez has 432,000 people living in poverty and 62,000 in extreme poverty, the total representing about 37% of the population. According to the World Health Organization, mortality from female breast cancer has increased in Mexico from 3,433 deaths in 2000 to 4,803 deaths in 2009.

Mortality has, however, decreased for cervical cancer due to a national prevention campaign. Mexico ranks 34th out of 34 Organization for Economic Cooperation and Development (OECD) countries in mortality from cancer. The Panamerican Health Organization reported in 2013 that Mexico had no cancer policy, strategy, or action plan.

With no access to comprehensive cancer services in Juárez, poor people with cancer experience a slow form of violence affecting not only themselves, but their families and neighborhoods. For example, Cynthia’s death led to a chain of events which resulted in Carlos confronting severe depression and battling thoughts of suicide.

In October 2016, Carlos took his own life. The loss of both Cynthia and Carlos has left Martha as the sole support of her two grandchildren now ages 7 and 3 1/2 years old. Fortunately, Martha is currently receiving various forms of holistic therapies that Junt@s Vamos provides. It’s difficult to imagine how Martha could find the strength to continue on in life without the many forms of support that Junt@s Vamos provides.

Networks of accompaniment like Junt@s Vamos are not unique in Mexico. In fact, they are a major means through which women are able to deal with their fears and survive the violence, impunity, and economic crises that have come to characterize life in Mexico over the past few decades.

COVER PHOTO: Alternative therapies being administered to Juntas Vamos members and their families during a meeting of the group.

breast cancer, cancer, Mexico, mortality, the poor, women
Previous Post A sacred light in the darkness: Winter solstice illuminations at Spanish missions
Next PostWomen in Juarez battle cancer "in the company of others"

A sacred light in the darkness: Winter solstice illuminations at Spanish missions
Comment
Women in Juarez battle cancer "in the company of others"