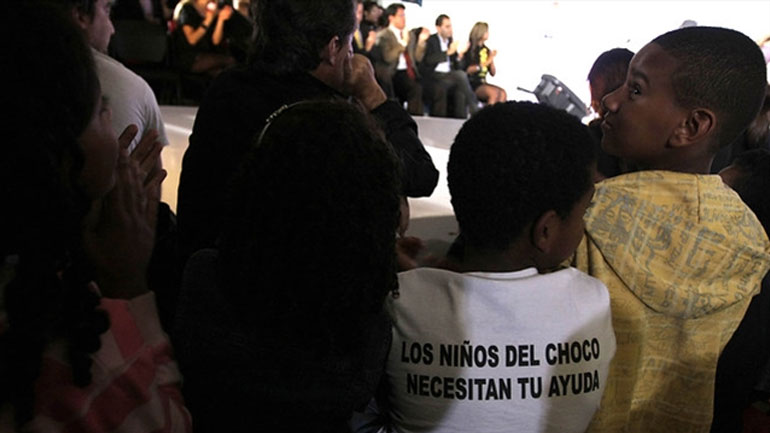 Colombia’s Ombudsman’s Office has sued the governor of the country’s poorest province in order to prevent the governor from taking action that would leave 77,700 children without school food.

The governor provisionally suspended a contract with the company providing the school food after the Ombudsman’s Office filed a complaint about rotting food given to the children in Choco and other corruption-ridden parts of the country.

Food company Fungescol signed a $1.3 million contract with the Choco governor’s office in which it vowed to provide school food to Children in the Pacific province’s 30 municipalities.

However, as the Ombudsman found out, the company did not sufficiently spend that money on food supplies for the children, spurring the governor to suspend the contract without securing replacement.

The result: 77,000 children in an area where 15% of children suffer malnutrition will be left without food at all.

“We are worried because we complained about food programs providing insufficient quality and quantity and now they get no food at all. That’s why we filed a lawsuit against the governor.”

Governor Efren Palacios’ sudden and rigid action contradicts his previous handling of the situation. According to the Ombudsman’s Office, it has warned about the sub-standard food supplied for months, which didn’t stop the governor from renewing the contract with the dubious company.

In fact, earlier this month the Choco government denied that children were given rotting food.

Choco is one of Colombia’s richest provinces in natural resources like gold, but suffers the country’s highest poverty rates.

While people living below the poverty line decreased throughout Colombia last year, in Choco poverty went up from 63.1% to 65.9%.

Palacios spent five days in jail earlier this year because he refused to comply with a court order that ordered him to improve conditions of teachers.