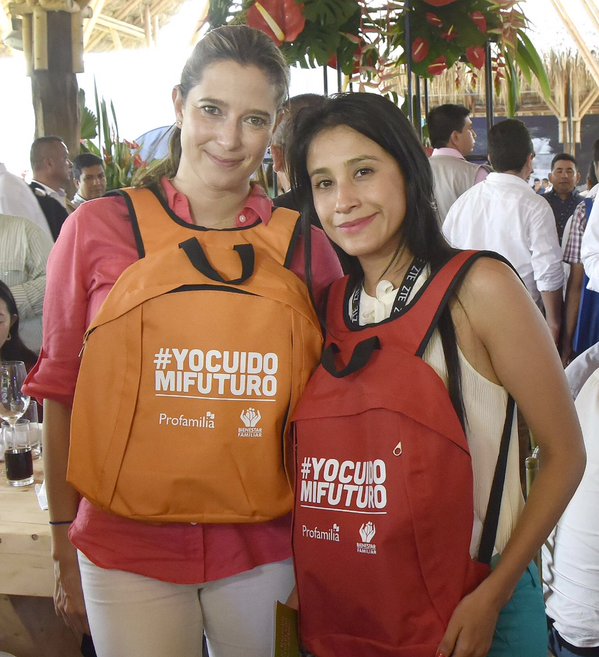 LatinaLista — Children becoming parents is a prevalent problem throughout Central and South America. Some of these girls become parents through no fault of their own but as a result of rape or archaic traditions that impose a man's will on too young a bride. However, there are girls who choose to engage in sex but have no access to contraceptives, nor truly understand the consequences of their actions.

In Colombia, a new campaign is underway to combat the critical amount of  child and teenage pregnancies in the country. With 408 births per day by girls aged 10-19, the Colombian Institute for Family Welfare (ICBF) knew they needed to create a messaging campaign that would resonate with girls of all ages. So, they tapped the one platform that has become universal in reaching young people — social media.

The ICBF launched the #YoCuidoMiFuturo (#ICareForMyFuture) campaign on Twitter. Inviting young girls to share photos of themselves wearing backpacks on the frontside of their bodies, the goal is to get girls thinking about the campaign's tagline: "Instead of pregnancy, my dreams."

It's a message that isn't coming soon enough: From the beginning of 2015 until June 2,806 girls between the ages of 10 and 14 and 63,444 between 15 and 19 years old gave birth in Colombia according to Colombia’s National Department of Statistics (DANE.)

“We must understand that adolescent women run a very high risk to their health by becoming pregnant,” said Cristina Plazas, the director of ICBF. “We should support their dreams and their life plans that they build while enjoying their childhood and adolescence without the responsibilities of adults.”