Latina Lista: News from the Latinx perspective > Causes > Crowdfunding > Crowdfunder: U.S.-based relatives of 10-yr-old in Guatemala stricken with brain tumor strive to not let borders interfere with getting help

Crowdfunder: U.S.-based relatives of 10-yr-old in Guatemala stricken with brain tumor strive to not let borders interfere with getting help 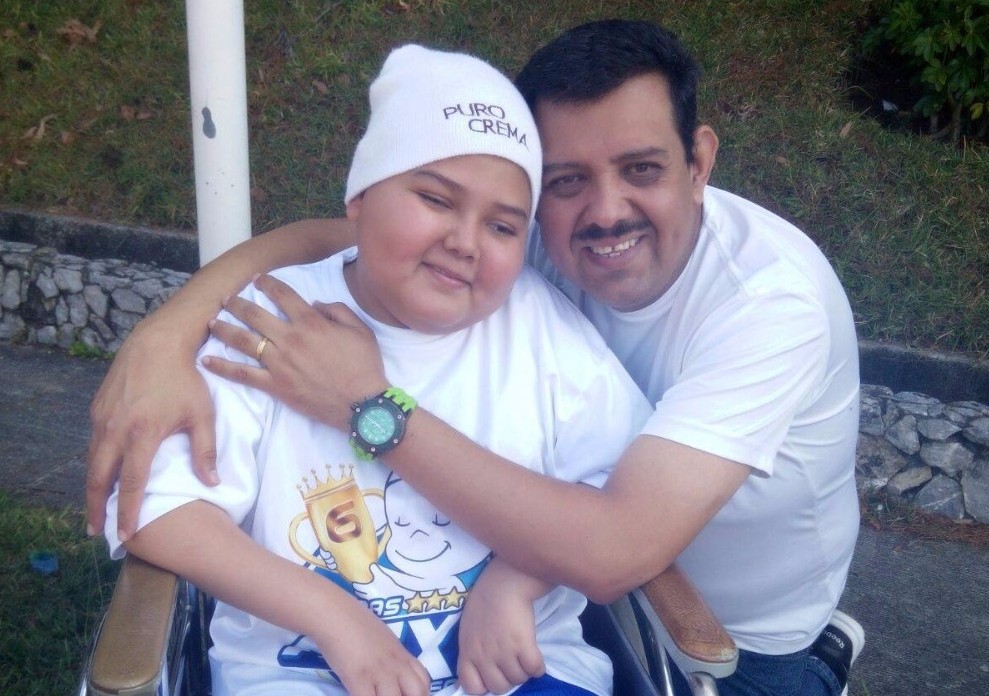 Campaign: Help Us Save Our Champion Marcos

Marcos Alejandro Castellans is 10 years old and lives in Chimaltenango, Guatemala with parents and an older brother. After several months of feeling severe exhaustion and weakness, as well as, a debilitating pain in his eye, he was diagnosed with a tumor in his brain in October 2015. Following an endless number of tests from a variety of specialists, Marcos’ parents were told that there was nothing that could be done to help save their child due to the immense size of the tumor, its location and the limited technology available in their country.

They were told that the best thing they could do was to take him home and make his final days as comfortable as possible.

Marcos’ father refers to his son as his champion and like any loving parent, refused to give up the hope of saving his once active son who still has so many dreams to fulfill. The family reached out to different hospitals and in December of 2015, one pediatric oncology department performed 30 sessions of radiation in an attempt to shrink the tumor. Unfortunately, no results were seen from these treatments and they were soon stopped.

Desperate for any glimpse of hope to save their son, Marcos’s parents spread the message of what was happening to their boy around their small town and reached out to family and friends around the country. Finally, after months of prayer and searching, a possible solution has been found.

The family is hoping to travel to the All Children’s Hospital in St. Petersburg, Florida where a team of doctors will perform a biopsy, followed by chemotherapy, and then surgery to remove the tumor from Marcos’ brain, in which the total cost is estimated to be $48,000.

The costs of visas, flights, and expenses for their stay have been donated but the family is in desperate need to cover the medical costs needed to save their champion’s life. Doctors are unsure of how much time Marcos may have left and hope to get him treatment as soon as possible.

A variety of fundraising efforts have been established in Guatemala but due to limited financial means, the family has been unable to collect the necessary amount of money needed. Marcos is an active, compassionate, and intelligent child with many dreams left to achieve. We are cousins of Marcos living in the United States, hoping to contribute to the efforts to save his life and help him live a long and healthy life.

We ask that you please contribute whatever you can, whether it be monetary donations, prayers, or good thoughts. Please help us to save our champion!