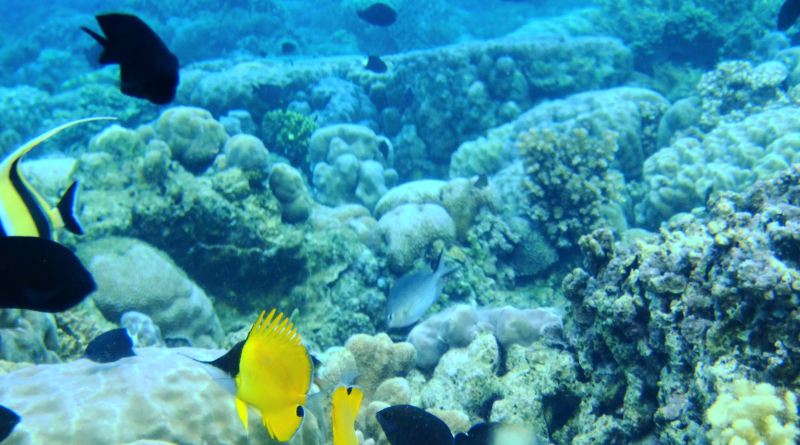 At the 2015 Our Ocean Conference, Chilean president Michelle Bachelet announced the creation of a new marine park off the coast of Chile, which, if created, would be the largest fully protected marine reserve in the world. This action taken by Bachelet spurred questions across the international community over whether Chile might become the world’s next leader in ocean conservation. The project has been met with both skepticism and enthusiastic support by the Chilean nation and by the international community.

The Nazca-Desventuradas National Marine Park was unveiled in October and will encompass a surface area of 297,518 square kilometers (114,872 square miles), the equivalent of 8 percent of the world’s oceans that have been declared as no fishing areas or have no-take protections.

It would include the waters off the coast of Rapa Nui (Easter Island) and the waters surrounding San Ambrosio and San Félix Islands. These two islands are called the ‘Islas Desventuradas’ (Unfortunate Islands) and are the namesake of the marine park.

The purpose of creating this national park is to reduce the amount of fishing in the area in order to protect the ecosystems within its borders. The waters surrounding the islands have been the site of “a modest amount of fishing, mainly for swordfish” but the creation of the park designates this area as a marine protected area (MPA).

According to the International Union for Conservation of Nature (IUCN), the definition of a protected area is “A clearly defined geographical space, recognized [sic], dedicated and managed, through legal or other effective means, to achieve the long-term conservation of nature with associated ecosystem services and cultural values.”

The IUCN stresses the importance of having a long-term plan to actually have an impact on conservation and ocean recovery. The creation of a marine reserve gives the Chilean government legal means to enforce the limits that could be imposed on fishing, especially by using its navy as a deterrent. Local fisherman can still fish in an area 50 miles from the coast, but industrial fishing will ideally be eliminated.

The creation of a new marine reserve in this area will bring about a multitude of environmental benefits to the area. According to National Geographic, the area that the park will protect has a unique oceanic environment which encompasses a variety of tropical and temperate species. Furthermore, National Geographic writes that “About 72 percent of the species found around Desventuradas and an island chain known as the Juan Fernández archipelago—about 466 miles (750 kilometers) to the south— is endemic.”

Fishing and pollution are two causes of environmental degradation in the ocean; so creating a marine park to protect the ecosystems of this region is a positive step towards changing the way the sea is protected.

In addition to its environmental benefits, the marine reserve also represents an important step towards protecting the cultural interests of the people of Rapa Nui. For this community, the ocean surrounding their island is an important part of their culture and way of life.

The mayor of Rapa Nui, Pedro Edmunds Paoa, said, “This marine park will not only conserve the many species endemic to the waters of Easter Island but also the traditions of our Polynesian ancestors and the Rapa Nui people…The park will be complemented by a fishing area that will allow our ancient practice of tapu—or smart fisheries management—to endure.”

The Rapa Nui gain their livelihood from the surrounding waters and many of them are excited about the prospect of protecting this area from industrial fishing trawlers. Joshua S. Reichart, an environmentalist from Pew Research Center, states that the marine park would not only represent an accomplishment for president Bachelet, but also a “triumph for the Rapa Nui.”

When it comes to environmental protection of marine areas, Chile may not have much experience, but it has focused recent efforts in addressing this issue. The Nazca-Desventuradas National Marine Park is not the only marine conservation effort the country has made.

At the 2015 Our Ocean Conference, Chile also announced its promise to creating a marine protected area (MPA) in an exclusive economic zone near the Island of Rapa Nui. At the 2014 Our Ocean Conference, Chile agreed to join the United Nations Fish Stocks Agreement. It also fulfilled its commitment by implementing a new policy to combat IUU fishing (Illegal, Unreported and Unregulated fishing).

According to Oceana, an international organization dedicated to conducting research on oceans, Chile’s creation of a new national policy of IUU is “a move that gives the Chilean Navy increased resources to conduct enforcement operations in the high seas.” The areas that have been protected were vulnerable areas and thus the new policy is necessary for giving Chile the legal means to more effectively regulate fishing activities.

Furthermore, Chile has created a new Ocean Policy Council which focuses on addressing the threats to its ocean waters and marine ecosystems. The main objectives of this council are to protect the sustainability and security of Chile’s marine environments.

Another measure the country has taken to protect its marine environments is the creation of a group called the Friends of the Port State Measures Agreement, which promotes support between Latin American states in the endeavor of improving the protection of marine areas. In the past two years, Chile has made great efforts to address the environmental threats to its marine areas.

Chile is not the only country which has recently announced the creation of a marine reserve. The Nazca-Desventuradas National Marine Park will be the largest park of its kind in the world only if the United Kingdom does not create its marine park near the Pitcairn Islands first.

The Pitcairn Islands are located in the Pacific Ocean, where the United Kingdom plans on creating the largest continuous marine reserve in the world. This marine reserve has a similar goal to the Chilean project.

Adam Vaughn, a reporter for The Guardian, writes that: “The zone is expected to ban commercial fishing, and will cover a 834,000 sq km (322,000 square miles) area where previous expeditions have found more than 80 species of fish, coral and algae.” While this project is still underway, another marine reserve created by the United Kingdom is currently the largest marine protected area. This encompasses the waters surrounding the Chagos archipelago in the Indian Ocean.

The United Sates has also announced the creation of two new marine sanctuaries. The first is to be constructed on the western side of Lake Michigan and the second one is the Mallows Bay-Potomac River in Maryland. Both of these locations are the sites of shipwrecks.

Meanwhile, Cuba has announced that it is participating in negotiations with the United States to create sister marine protected areas. According to National Geographic, “The U.S. side would include the Florida Keys National Marine Sanctuary, the Flower Garden Banks in the Gulf of Mexico, and the Dry Tortugas and Biscayne National Parks. The Cuban side includes the Guanahacabibes National Park on the western tip of the country.”

New Zealand has also announced a new marine reserve in the Kermadec which is northeast of New Zealands’ North Island. The recent surge in marine protection programs is heartening for supporters of marine preservation; however, they do not come without criticisms.

As previously noted, the new marine park in Chile is of great interest for the local fishing community and the Rapa Nui community. Although support for the program is not unanimous for either group, voices of support can be found in each.

For many local fishermen in Chile, a growing issue is the presence of industrial fishing trawlers, which are not only making it more difficult for local fishermen to gain their livelihood, but also engage in illegal fishing.

In addition to this criticism of industrial fishers, local fishermen complain that they are at fault for increasing pollution in the oceans. The Guardian quoted Sara Roe, the president of a Chilean fisherman’s association: “Between 2004 and 2013, she said, there was a dramatic decline in the tuna, swordfish and barracuda her fishermen caught, forcing some into land-farming and construction jobs.”

Francesca Avaka Teao, a representative of the Hanga Roa Tai fisherman association, said that “in addition to the ecological importance of these waters, culturally and since ancestral times, the sea has been synonymous to abundance, richness and connection to nature for our town.

While some members of the Rapa Nui community have expressed their support for the marine park, others had expressed doubt that the park would actually be created and a fear that the new marine park will encounter the same issues that the natural park on the mainland of Rapa Nui had faced.

The creation of Rapa Nui National Park led to a spike in tourism on the island, which some members of the community opposed. The primary concern of the Rapa Nui people is that the previous natural park was created by the government without their consultation. However, President Bachelet has addressed this concern and affirmed that the marine park plan will be implemented following consent of the Rapa Nui community.

At first glance, the marine park represents a strong initiative to protect the ocean. However, Russell Moffitt, a conservation analyst at the Marine Conservation Institute, criticizes the project by questioning whether the location that is being protected is really the best place to make a real environmental impact for the oceans.

He says that it might be more urgent to protect near-shore waters because these areas are more impacted by fishing and pollution. He adds that protecting these areas will not be sufficient, but they are easy goals. It would be more beneficial to create a variety of types of marine reserves.

What will be the fate of the ‘Unfortunate Islands’?

By creating the Nazca-Desventuradas marine park, Chile could become a leader in the international community in terms of marine preservation. Its recent efforts in preserving its marine environments with the support of local indigenous communities, is commendable.

While the marine park is not without its criticisms, it has the potential for protecting important ecosystems and the culture of the Rapa Nui people. The impact that the new marine park will have is uncertain, but overall it is a positive step for marine preservation in a time where marine preservation has become increasingly important to the international community.

Sara Jones is a research associate at the Council on Hemispheric Affairs.